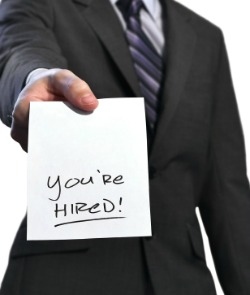 The good news is that the unemployment rate fell by 0.4 percentage points to 8.6 percent, which is the lowest level since March 2009, and 120,000 jobs were added to payrolls. But economists pointed out that one reason for the drop in unemployment is because the size of the nation's labor force decreased by 315,000, presumably as more people decided to give up looking for jobs.

"You'd like to see the unemployment rate coming down when people are coming into the job market, not disappearing," noted James Glassman, senior economist at JP Morgan Chase & Co., in an interview quoted by Bloomberg. "That's probably exaggerating the trend in unemployment."

Still, the BLS report did show at least one significant sign of economic growth: Employment statistics in the past two months were revised to reflect a substantial positive increase. In September, the number of employed workers was revised from 158,000 to 210,000; and in October, from 80,000 to 100,000.

"If you go back to August, all sorts of people were telling us that the economy was headed straight into recession," said Paul Ashworth, senior United States economist at Capital Economics, who was quoted by The New York Times. "Since that point, we've become more and more worried about the euro zone and other areas of the global economy, but somehow, at least for the moment, the U.S. economy seems to be shrugging all that off."

As is often the case, the jobs report presented both good and bad news: In November, employment increased in retail trade by 50,000, particularly in clothing and electronics stores. In addition, leisure and hospitality added 22,000 jobs, professional and business services jobs increased by 33,000, and healthcare jobs rose by 17,000. Jobs in government, meanwhile, decreased by 20,000.

The "underemployment" rate, which includes those who are working part-time but would prefer to find full-time work, dropped from 16.2 percent to 15.6 percent. The number of long-term unemployed--those without a job for at least 27 weeks--rose from 42.4 percent to 43 percent.

All in all, "It's good news, not great news," said Nariman Behravesh, chief economist at IHS Inc. in Lexington, Massachusetts, who was interviewed by Bloomberg. "The labor market is gradually healing. I wouldn't take huge comfort that the unemployment rate is falling but some comfort that it's edging down."