Nursing Jobs More Scarce But That Will Change 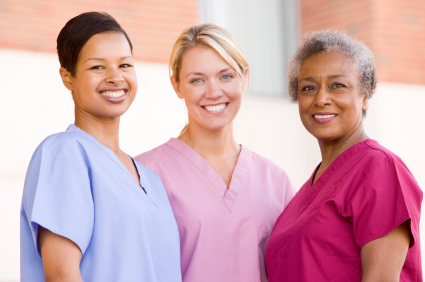 Because of the recession, nursing jobs for recent graduates are much more difficult to land. But experts agree that the bottleneck is temporary, and that an inevitable nursing shortage will completely change the job landscape.

The Harrisburg, Pennsylvania Patriot-News reports that new nursing graduates are feeling the pinch as many older nurses delay retirement or return to the workforce after retiring. At the same time, a decrease in elective surgeries has resulted in hospital cutbacks which have hampered hiring.

"The economy forced people back to work, or prevented some from retiring," noted Betsy Snook, CEO of the Pennsylvania Nurses Association, who was quoted by the Patriot-News. "People are staying in their jobs."

But Snook told the Patriot-News that the hiring outlook will undoubtedly change. "The situation will open up as the economy improves," she said. "We will still need more students in the nursing program."

Similarly, The Washington Post reports that according to the Nursing Management Aging Workforce Survey by the Bernard Hodes Group, thousands of nurses are due to retire soon: About a third of the nursing workforce is 50 years old or older, of which 55 percent expressed an intention to retire within ten years.

"Moving into the future, we see a very large shortage of nurses, about 300,000," said Peter Buerhaus, a nurse and healthcare economist and professor at Vanderbilt University who was interviewed by the Post. "That number does not account for the demand created by [federal healthcare] reform. That's a knockout number. It knocks the system down. It stops it."

Meanwhile, the Palm Beach Post reports that contrary to the trend reported in Pennsylvania, nursing positions are still hard to fill in Florida. The reason, according to a new study by the Florida Center for Nursing, is because of rapid turnover: The state lost three out of every five nurses who were hired in the last two years--either because they moved to another state or because they left the profession entirely.

"It shows that nursing in Florida operates like a revolving door," explained Jennifer Nooney, associate director for research at the Florida Center for Nursing, who was quoted in the Palm Beach Post. "We brought in more than 27,000 registered nurses but we lost 16,200."

Those numbers are likely to get even worse: That's because healthcare reform, notes The Washington Post, "will add demand on top of shortages already projected, and as a result the healthcare workforce might not be attractive." Or in other words, the nursing shortage will result in an even greater nursing shortage: In time, more nurses will get fed up with impossible workloads and will opt for less demanding positions--or even less demanding professions.