NYU Announces Its President Will Step Down in 2016 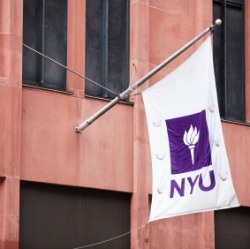 John Sexton's tenure as president of New York University has been controversial, but continued even amid public criticism and faculty votes of no confidence. Times have changed. According to an email released this week by the school's Board of Trustees, Sexton's departure is imminent -- and so is one of the school's more controversial policies..

In a campus-wide email, the NYU trustees announced Sexton will formally retire in 2016, reports Inside Higher Ed, though it emphasized that the decision is Sexton's own. The email also said NYU would no longer offer senior administrators and star faculty loans with favorable terms for vacation homes, a practice that came under fire earlier this year. From now on, loans will be restricted to first homes. John Beckman, an NYU spokesman, said in a written statement acquired by Inside Higher Ed that home loans will remain a "crucial" part of the institution's recruitment program. He said the board decided the school can still compete without such benefits for non-primary residences, however, and that "doing away with them will reduce a source of concern" in the community.

The Atlantic Wire reports that while other schools offer similar programs, they typically do not cover second homes. Many students and faculty also questioned the prudence of such a program at a time when the University's tuition is soaring: next year, tuition, room and board will cost $64,000.

The vacation home loan controversy is only one of many that drew criticism of NYU in general, and Sexton in particular. According to Inside Higher Ed, the faculty of the College of Arts and Sciences passed a vote of no confidence in Sexton in March, citing dissatisfaction with his emphasis on global expansion and the university's pricey campus development plans. The New York Times noted that the changes announced in the email are the first concessions by the trustees to appease many of these criticisms.

"This is a matter of extreme importance to us," Martin Lipton, the chairman of the board of trustees, told the New York Times. He said he is optimistic that the new policies will help restore NYU's "very delicate" balance. "No university can prosper if there's disruption, if there's unhappiness in the family," he said.

Nonetheless, trustees emphasized in the email that they have been "extremely satisfied with the direction and leadership of the University" under Sexton. According to The New York Times, Sexton has maintained strong support from the NYU board and many faculty members from other parts of the University who note that the university has become more popular and begun to attract students of a higher academic caliber under his tenure. They also contend that many successful campus projects were paid for by Sexton's ambitious fund-raising.

The trustees said the faculty will play a key role in the search for Sexton's successor, reports The New York Times, and that the school will form a committee on which representatives from the board, faculty, administration and student body would work to improve communications.