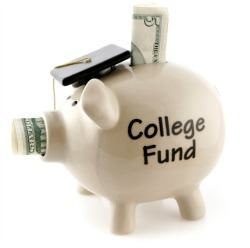 This week the Obama administration introduced a new set of proposals aimed at reining in the irresponsible business practices of certain career education programs and for-profit colleges. According to Inside Higher Ed, the 841-page initiative is the Department of Education's first real attempt at rewriting "gainful employment" regulations that were largely scratched in 2012 after several court cases contested the matter. Further debate is expected as politicians and school officials square off over the suggested proposal, and what it could mean for for-profit schools and their students.

In part, the proposal was prompted by record national student loan debt levels and the way expensive for-profit schools are exacerbating the issue. Under the proposed regulations, schools would be forced to comply with certain standards in order for their students to continue receiving federal student aid. Among the proposed standards include a rule that would require schools to produce graduates whose student loans consume no more than 20 percent of their discretionary income, or 8 percent of their total income. The Obama administration also proposed a rule that would require schools to keep their own student loan default rates under 30 percent. The drafters of the proposal hope the new initiative will protect students from predatory amounts of student loan debt by making schools partially accountable for what happens after graduation.

Despite the good intentions of such an initiative, many argue that it unfairly targets a certain segment of higher education, and that it may disproportionally harm low-income students. However, Education Secretary Arne Duncan assured its proponents that implementation of the changes would be fair.

"We want to shine a spotlight on the career programs that are doing good work, while making sure that consumers are aware of those that are not," Duncan told reporters. According to a piece in the Los Angeles Times, the proposed legislation is now up for debate, with plans to make the changes permanent later this year.

For-profit colleges continue to struggle with the idea of more regulations and red tape in their already highly-regulated industry. And, with so many low income students relying on for-profit schools for their education, some school officials say that its students who will ultimately pay the price.

"The gainful employment regulation would deny millions of students the opportunity for higher earnings," said Steve Gunderson, president and chief executive of the Association of Private Sector Colleges and Universities to The Washington Post. "The government should be in the business of protecting opportunity not restricting it."

The Obama Administration maintains that changes were needed, mainly to protect students at for-profit schools from predatory lending practices and a lifetime of debt. And their concerns appear to be warranted. According to stats mentioned in The Washington Post, students at for-profit colleges account for only 13 percent of enrollments for postsecondary institutions of higher education, but almost half of all federal loan defaults. Furthermore, about 22 percent of students from for-profit schools default on their loans within three years, which is almost twice the rate of defaults from students at public colleges and universities.