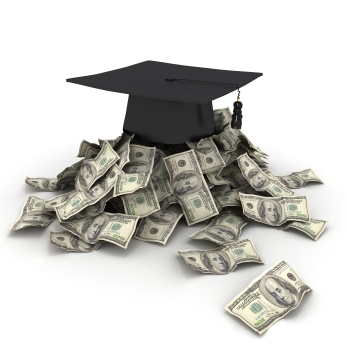 President Obama's proposal to expand Pell Grants would increase the program from $5,350 to $5,710 annually per student and would make the grants available to all students who qualify for them.

The Columbus Dispatch reports that an administration official confirmed that Obama's plan would increase the Pell Grant program to nearly $35 billion in aid next year--nearly double the $18 billion allocated for the program in the 2008 fiscal year. The president also plans to persuade Congress to make the Pell Grant an "entitlement" program like Medicare and Social Security, guaranteeing anyone eligible to receive the full grant.

"Pell grants function much like an entitlement, yet they are funded through an annual appropriations process that can fall behind actual demand for the grants," explained the administration official on Friday, who was quoted in the Los Angeles Times. The official noted that Obama hopes that making the grant an entitlement will "address the recurring shortfalls in the program once and for all."

The plan would ultimately benefit more than 8.7 million students--up from 7.7 million who currently receive the grant. Yet Inside Higher Ed points out that the proposed increase is "certain to be dependent" on the passage of the Student Aid and Fiscal Responsibility Act, which is currently being held up in the Senate until a consensus is reached regarding healthcare. The student lending measure calls for all federal student loans to be directed though the Direct Loan Program under the U.S. Department of Education, rather than through private lenders--a move which is expected to save the government tens of billions of dollars.

This is the second time the Obama administration is proposing making the Pell Grant a federal entitlement. Inside Higher Ed explains that doing so would eliminate the need to find billions of dollars to cover shortfalls between what Congress plans to allow for Pell Grants and the amount that students actually use.

In December, the Associated Press reported that the program now faces an $18 million shortfall--the largest in the Pell's 36-year history. Terry Hartle, a lobbyist for the American Council on Education, explained to the AP that the deficit was the result of surging college enrollment and the government's boost of the Pell grant this year, which made more people eligible for aid.