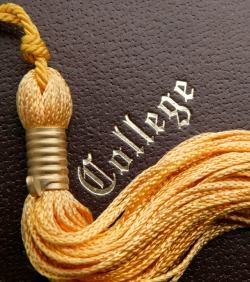 On Tuesday night, President Obama delivered his fifth State of the Union address. During the speech, he recommended several changes to higher education, particularly with regards to affordability and career preparation.

As stated in The Chronicle of Higher Education, Obama called for a reform of the Higher Education Act. In his proposal, Obama called for colleges' federal aid to be dependent upon whether they are able to keep tuition costs in check for students. Colleges that make their education more affordable for students would receive more federal dollars, while institutions that do not reign in their tuition would receive fewer. He also revealed the release of a College Scorecard that helps students and parents "compare schools based on a simple criterion -- where you can get the most bang for your educational buck."

In the Republican response to the President's speech, Florida senator and Tea Party member Marco Rubio elaborated on the subject of college costs. He advised amending the federal student aid system to provide more funds for online programs and competency-based courses. Rubio stated, "I believe in federal financial aid. I couldn't have gone to college without it. But it's not just about spending more money on these programs; it's also about strengthening and modernizing them." Rubio also proposed greater disclosures regarding student debt so that students are better informed about the advantages and costs of their loans.

U.S. News & World Report noted that Obama's higher education proposals are a part of a larger initiative to increase economic opportunity and job creation in the U.S. The President emphasized the importance of higher education for this plan, stating, "It's a simple fact: the more education you have, the more likely you are to have a job." Increasing individuals' access to college, however, was not the only education goal that Obama addressed. As discussed in The Wall Street Journal, Obama also stressed the need to "redesign America's high schools so they better equip graduates for the demands of a high-tech economy." He put forward an initiative for high schools to concentrate more on STEM subjects (science, technology, engineering, and math) and form partnerships with colleges and employers. U.S. News & World Report quoted Obama's mention of one particular school that exemplifies the latter initiative: "At schools like P-Tech in Brooklyn, a collaboration between New York Public Schools, the City University of New York, and IBM, students will graduate with a high school diploma and an associate degree in computers or engineering."

As Obama emphasized in his speech, not only do we need to lower the cost of attaining an education, but we must also improve the quality of education nationwide. U.S. News & World Report summed up the President's goal for education in a quote from his speech: "To grow our middle class, our citizens must have access to the education and training that today's jobs require. But we also have to make sure that America remains a place where everyone who's willing to work hard has the chance to get ahead."