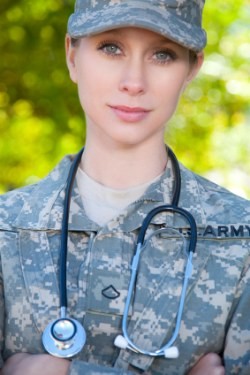 A bill signed into law on Monday by President Barack Obama gives businesses tax credits for hiring veterans, according to Bloomberg Businessweek. The new law could mean increased employment opportunities for the up to 1 million veterans expected to be looking for work during the next five years, following the end of the U.S. involvement in Iraq.

According to The Hill, the bill is just a small portion of Obama's overall $447 billion jobs plan, which has met significant resistance by Republicans in office. This portion required that Democrats and Republicans work together for passage.

"I'm pleased that both parties came together to make it happen," Obama said during a signing ceremony on Monday, according to The Hill. "My message to every member of Congress is keep going. Keep working. Keep finding ways to put bipartisanship aside and put more Americans back to work."

When a veteran has been looking for work for six months or longer, the bill gives businesses a tax credit of up to $5,600 and up to $9,600 for hiring veterans who have service-related disabilities, according to Bloomberg Businessweek. Companies can also receive a tax credit, which is a direct credit that lowers a tax bill dollar for dollar, of up to $2,400 for hiring a veteran who has been looking for work from one to six months.

The tax credits are expected to cost $95 million over the spread of a decade, according to Bloomberg Businessweek, and could help veterans, who experienced an unemployment rate of 12.1 percent in October. That was higher than the nine percent October unemployment rate for the nation as a whole.

The International Franchise Association and the U.S. Chamber of Commerce have pledged to hire 100,000 veterans, disabled veterans and military spouses by 2014. Other companies that have made similar pledges include Home Depot Inc. and Microsoft.

The President is now expected to kick-off his campaign to extend payroll tax cuts, which expire at the end of 2011. The President has said that the expiration of these cuts would essentially equate to increased taxes on the middle class. He hopes that both parties will continue to work together.

"Let's keep at it," Obama was quoted as saying. "No politics, no delays, no excuses."