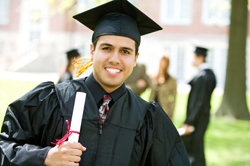 According to CNN, the Educational Excellence for Hispanics initiative, which was originally launched in 1990 by the administration of President George H.W. Bush, aims to improve educational opportunities for Hispanic students at all levels. The new order is an enhancement of the original initiative based on feedback from more than 100 community conversations with education experts and community leaders as well as from comments from more than 10,000 Americans on how to address the obstacles that the Hispanic community faces within education.

"This is not just a Latino problem; it's an American problem," said the president. "We've got to solve it."

UPI reported that the revised executive order is meant to meet Obama's goal of having the U.S. at the top of global graduation rates by 2020. USA Today quoted Obama saying, "Now, improving educational outcomes for the Hispanic community is critical to reaching these overall goals." Obama stated that Latinos are the largest minority group in America's schools, but often attend low performing schools and are more likely to drop out.

CNN pointed out that some may criticize the initiative as education issues for Hispanics still continue 20 years after the original initiative was launched. To that, the president said, "Fixing what is broken in our education system is not easy. It won't happen overnight." He added that progress may not be seen for years or even decades, but that as long as he is president, he would not "give in to calls to short-change any of our students".

Critics argued that the new executive order was a political tactic as the congressional elections are just two weeks away. White House Press Secretary Robert Gibbs simply explained it was "the right thing to do".