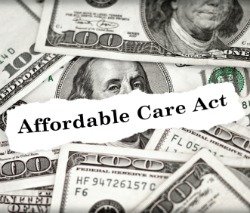 Businesses with 50 or more employees who work 30-plus hours per week now have an extra year to implement health insurance coverage for their workers under the Affordable Care Act. This extension of the 2014 start date was announced last week, NBC News reported. The Oct. 1 deadline for the start of health care exchanges remains intact, however.

The delay is in response to employers' concerns about the reporting portion of the law, Assistant Treasury Secretary Mark Mazur said. The extra year gives companies additional time to test the reporting requirements and make necessary adjustments. It also allows the federal government to find ways to simplify the process. Within the week, formal guidance that explains this transition is expected to be published.

"We have heard the concern that the reporting called for under the law about each worker's access to and enrollment in health insurance requires new data collection systems and coordination," Obama Adviser Valerie Jarrett wrote in a blog post, according to Businessweek.

It's unknown how this delay will affect the aim to provide health insurance coverage to millions of Americans currently without it, Kaiser Health News reported. According to Ron Pollack, executive director of Families USA, 94 percent of employers with more than 50 workers already offer health insurance. Therefore, it's likely the change wouldn't have a huge impact, he said. However, it could result in some businesses waiting to initiate or upgrade existing coverage to meet the minimum benefit the law requires.

"The decision, I think, will result in some people not getting coverage who would have received coverage if the employer responsibility provision had not been delayed," he added.

The businesses that must meet the mandate typically are low-wage employers such as restaurants, retail stores and home health firms, Businessweek indicated. The added cost of about $2,000 per employee for either adding health care or paying a penalty for not providing it can add up quickly and considerably increase labor costs.

Workers whose employers don't offer health care by the new deadline will have to obtain it from one of the new exchanges.

Employer groups, including the National Federation of Independent Business and the U.S. Chamber of Commerce, indicated they're pleased with the extension.

The delay shows the federal government's willingness to be flexible and work with the involved parties to ensure implementation of Obamacare is beneficial, Democratic lawmakers said. Republican legislators, though, stated it further proves the law will increase health care costs and jobs loss.