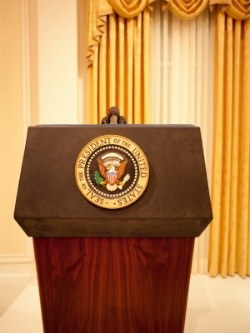 President Obama's State of the Union Address Tuesday night might have pleased higher education and vocational training instructors alike: not only did the President place an emphasis on making college more affordable, he also talked about the importance of expanding job-training programs.

"Higher education can't be a luxury," Obama was quoted in The Chronicle of Higher Education as saying. "It is an economic imperative that every family should be able to afford."

Obama's speech created quite a buzz online, particularly on Twitter -- more than 700,000 tweets were sent during his address and most of these -- almost 36,000 -- were related to his comments about education, reported SocialBeat. In fact, The Chronicle of Higher Education noted that Obama's mention about college tuition generated the third-highest traffic on Twitter. Some 22,000 tweets were also sent about jobs, reported SocialBeat.

Obama's focus on affordable education is nothing new, The Huffington Post noted. In fact, in recent months, Vice President Joe Biden and Secretary of Education Arne Duncan have taken to visiting schools nationwide to talk about the subject of affordable education. Another point that Obama focused on during his speech was taking federal financial aid away from schools that appear to be immune toward burgeoning tuition prices. Whether this proposal is actually feasible, however, is another question altogether, The Huffington Post reported. Still, it didn't keep Obama from throwing down the gauntlet.

"Let me put colleges and universities on notice," he said. "If you can't stop tuition from going up, the funding you get from taxpayers will go down."

He also talked about the importance of keeping interest rates on students loans low: these are expected to double from 3.4 percent to 6.8 percent come this July. While Inside Higher Ed noted that keeping college tuition low might appeal to both Democrats and Republicans, keeping the interest rate on loans low might only appeal to Democrats.

"The fact is, a lot of this is going to have to go through the meat grinder on Capitol Hill," Terry Hartle, senior vice president for government and public affairs at the American Council on Education, told Inside Higher Ed.

Obama also spoke about the need to reward teachers based on merit instead of seniority, according to The Huffington Post. In fact, Obama specifically referred to a study by Harvard and Columbia economists showing an effective teacher can improve lifetime earnings for a classroom by $250,000.

"Teachers matter," Obama was quoted in The Huffington Post as saying.

"State of the Union Proves 'Spilled Milk' is Something to Tweet About,' venturebeat.com, January 25, 2012, Tom Cheredar