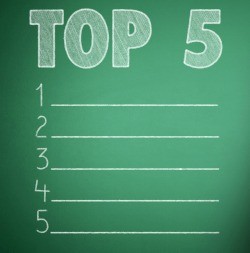 During a two-day college bus tour on which he embarked today, President Obama proposed an initiative that would award federal aid to colleges and universities based on their government rating, reported The Washington Post. The administration would collaborate with schools to develop a ratings system that would assess schools on tuition, graduation rates, the amount of debt that students graduate with, and the percentage of low-income students. Schools would receive federal funding based on their performance in the ratings. Obama mentioned that he would develop the system via executive action, but Congress would need to approve the proposal to tie aid to the ratings. He described the system as a consumer guide for prospective students and their parents to gauge which colleges provide "the bigger bang for the buck."

The system currently in place for awarding colleges with federal funding, Bloomberg noted, awards funding to each school based on its number of enrolled students instead of on how many students earn a degree or what students actually learn at the school. Obama wants to change this system to make higher education more affordable and accountable for students' success.

USA Today noted that over the past 30 years, the average tuition at public four-year colleges has risen by over 250 percent, while typical family incomes have only risen by 16 percent, according to census and College Board data. "A higher education is the single most important investment students can make in their own futures. At the same time, it has never been more expensive," stated a written version of the President's plan. "Higher education should not be a luxury," Obama told students at the University of Buffalo during his tour. "It is an economic imperative that every family in America should be able to afford."

Bloomberg recounted additional details of the President's proposal. Under the plan, all students would be eligible for income-based repayment plans, which cap monthly payments on student loans at 10 percent of a graduate's income. Schools would receive a financial incentive to enroll individuals who are eligible for Pell Grants. Colleges with high dropout rates would have to award this aid over the course of the semester instead of as a lump sum in the beginning to prevent wasted funding. As noted in The Washington Post, this practice would hold students accountable for incomplete coursework, as they would only receive aid for the next semester after completing their courses for the current semester. "We need to make sure that if you're getting financial aid, you're doing your part to make progress toward a college degree," Obama stated. "If you take on debt and you don't get that degree, you are not going to be able to pay off that debt."

The President will likely be debating with House Republicans on a number of fiscal matters in the fall, and there is speculation as to whether or not his ratings system will be approved. Cecilia Munoz, director of the White House Domestic Policy Council, is confident that "these are ideas that can generate bipartisan support." Representative John Kline (R-MN), chairman of the House Committee on Education and the Workforce, commended Obama on his desire for innovation and competition in higher education. At the same time, he voiced concerns that "imposing an arbitrary college ranking system could curtail the very innovation we hope to encourage -- and even lead to federal price controls." Molly Broad, president of the American Council on Education, echoed Kline's hesitation and expects opposition from several colleges and universities. She acknowledged, however, that institutions know that the higher education system does need to change to address rising costs.

Over the course of the bus tour, Obama will take his proposal to a high school in Syracuse, NY and colleges in Binghamton, NY and Scranton, PA, where Vice President Joe Biden will join him.