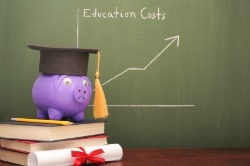 The Obama administration added its voice last week to those of numerous legislators and students who are urging Congress to prevent doubling the federal student loan interest rate this summer.

In 2007, Congress cut the interest rate on federally subsidized Stafford loans in half to 3.4 percent. If the federal government does not act, the interest rate will double to 6.8 percent this July. In a news conference last Friday, Secretary of Education Arne Duncan predicted that the increase would result in adding on an estimated $1,000 annually to the cost of an average loan.

"Families and students are struggling to meet these costs, and there's no reason we should add to their burden," he was quoted as saying by The Washington Post.

According to The New York Times, Obama will repeat that message this week during visits to the University of North Carolina at Chapel Hill, the University of Colorado at Boulder, and the University of Iowa. The White House also plans to push for the extension of the current student loan rates through a social media campaign using Facebook, Google and Twitter.

Last month, student activists delivered 130,000 letters to members of Congress, urging them to stop interest rates from rising. Moreover, two bills, HR 3826 and S 2051, have been introduced to Congress by Democratic legislators to extend the 2007 measure for one year. However, the bills lack the necessary support to pass.

"Bad policy based on lofty campaign promises has put us in an untenable situation," said John P. Kline Jr., a Minnesota Republican who chairs the House Committee on Education and the Workforce, in a statement quoted by The Chronicle of Higher Education. The Congressional Budget Office has estimated that freezing the interest rate on subsidized Stafford loans for an additional year would cost $6 billion, which Kline has said is too much.

"We must now choose between allowing interest rates to rise or piling billions of dollars on the backs of taxpayers," Kline said. "I have serious concerns about any proposal that simply kicks the can down the road and creates more uncertainty in the long run -- which is what put us in this situation in the first place. My colleagues and I are exploring options in hopes of finding a responsible solution that serves borrowers and taxpayers equally well."

Nevertheless, Duncan said that the Obama administration would continue to push for the legislation to be passed by July.

"We need to fix it now, we have an immediate crisis," he said during the White House briefing, as quoted by The Chronicle of Higher Education. "I could care less about politics and ideology. This is about, We need an educated work force."