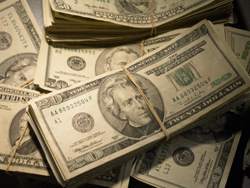 On Tuesday, President Barack Obama signed into law a $26 billion aid measure designed to help state and local governments avoid teacher layoffs. The President signed the bill two hours after the House passed it on a nearly party-line vote of 247-to-161.

According to The Boston Globe, the legislation includes $10 billion to combat teacher layoffs and $16 billion to boost Medicaid payments to states, which prevents reductions in other areas. Advocates estimate that the legislation could save over 160,000 public education jobs and 150,000 police, firefighter, and other public employee positions.

Opponents of the measure call it reckless spending that caters to the public employee unions. The Boston Globe quotes Republican Representatives David Dreier, of California, and Ginny Brown-Waite, of Florida:"This $26 billion is a transparent handout to the teacher unions," Brown-Waite said. "States will be back here again, and very soon, asking for federal bailouts." Dreier called the emergency House session to pass the bill, "Washington, D.C., at its absolute worst," noting, "Everything that Americans have come to hate about the way their government works...is all very vividly on display today."

According to CNN, President Obama defended the measure Tuesday, saying, "We can't stand by and do nothing while pink slips are given to the men and women who educate our children." Teacher job loss, he said, is not "a Democratic problem or a Republican problem. It's an American problem."

The measure will be partially financed by new limits on foreign tax credits, The Wall Street Journal reports. The Congress's Joint Committee on Taxation estimates that the changes could cost U.S. multinational companies $1 billion per year in additional taxes. According to the Boston Globe, Republicans and businesses object to the increased taxation and many Democrats are not pleased with the measure's plan to phase out increases in food stamp payments. The nonpartisan Congressional Budget Office estimates that the package as a whole could reduce the federal deficit by $1.4 billion over a decade.

According to The Chronicle of Higher Education, state governments welcome the federal help but still face education budget restraints. In California, for example, the federal funding could prevent further budget cuts in higher education, but the state government must agree on how to restore last year's $610-million budget cuts. Patrick J. Lenz, vice president for budget and capital resources for the UC system, told the Chronicle for Higher Education, "Will the federal funds be helpful? Absolutely. But there's another component."