Obama Signs Executive Order for Pay As You Earn Plan 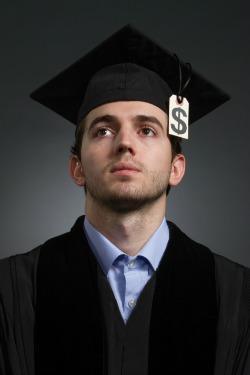 President Barack Obama is dedicating much of this week to highlighting and addressing rising student debt, reported USA Today. He began Monday by announcing a package of proposals designed to make student loan repayment more manageable for struggling borrowers. Then, Tuesday, he took his message straight to the horse's mouth, metaphorically speaking, by participating in his very first Tumblr Q&A session.

A factsheet from the Office of the Vice President outlined several new executive actions designed to relieve students of what it called "crushing student loan debt." Chief among the proposals was the expansion of the income-based Pay As You Earn loan repayment plan, which Congress passed in 2010 and the administration implemented in 2012. The plan -- which allows borrowers to cap their monthly loan payments to just 10 percent of their income and forgives the remaining loan balance after 20 years of repayment (10 years for federal employees) -- only applied to those who borrowed after October 2007. The President's memorandum would expand the program to nearly 5 million more direct student loan borrowers. Obama also took the opportunity to endorse a new bill from Sen. Elizabeth that would allow students to refinance high-interest loans to today's low rates.

"This week, [Congress has] a chance to help millions of young people," President Obama said, as reported on The White House's official blog. "I hope they do. ... And in the meantime, I'm going to take these actions today on behalf of all these young people here, and every striving young American who shares my belief that this is a place where you can still make it if you try."

Critics of the President's plans charge that the initiative would do nothing to address the rising cost of college, noted USA Today. They also accused him of pandering to young voters during a congressional election year. The President, in turn, criticized congressional Republicans for what he described as favoring tax breaks for the wealthy over programs designed to help young college graduates.

"If you're a big oil company, they'll go to bat for you. If you're a student, good luck," said Obama. "Lower tax bills for millionaires or lower student loan bills for the middle class? This should be a no-brainer."

NPR pointed out another potential concern with the new legislation: Studies show only a very small share of those eligible for the current Pay As You Earn program actually enroll in it, in part because they are simply unaware of the program, but also because they run into obstacles with their lenders. Borrowers, NPR reported, need to be "savvy, resourceful and downright persistent" to take advantage of the program.

The Obama administration acknowledged this trend Monday. According to the factsheet, the government will partner with companies such as Inuit and H&R Block to raise awareness of Pay As You Earn eligibility as borrowers do their taxes. Additionally, the Department of Education plans to renegotiate contracts with federal loan servicers, providing incentives for those who lower payments for delinquent and defaulted loans.

On Tuesday, President Obama took the student loan conversation to the public via a Tumblr Q&A. The Washington Post reported that the social media outlet was the "right" place to address college and student debt issues, since the typical Tumblr user is under 30 and has at least some higher education. In addition to promoting his new student loan plan and addressing other concerns, such as gun safety, Obama reiterated how important higher education is to tomorrow's economy.

"A college education is the surest, clearest path into the middle class," said Obama. "There are very few jobs where you're not going to need some advanced training."

"President Obama on Student Loan Debt: "No Hardworking Young Person Should Be Priced Out of a Higher Education," whitehouse.gov, June 9, 2014, David Hudson, http://www.whitehouse.gov/blog/2014/06/09/president-obama-student-loan-debt-no-hardworking-young-person-should-be-priced-out-h