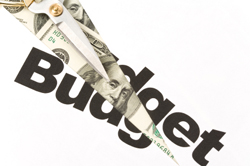 President Obama's proposed budget for 2012, which was announced on Monday, maintains his promise to keep education a priority, but has already faced strong opposition from House Republicans.

According to International Business Times, President Obama intends to keep the current maximum Pell Grant of $5,550 per college student, but House Republicans want to cut the maximum down to $4,705. In order to sustain the current maximum, the Obama administration said it would no longer allow students to qualify for two Pell Grants a year as well as eliminate subsidies for student loan interest for graduate students while they are in school. The changes are estimated to save $8 billion and $2 billion next year, respectively.

"We're making some tough choices to protect the Pell grant," said Justin Hamilton, a department spokesman, in an e-mail to The New York Times. "We're cutting where we can so that we can invest where we must."

Despite the proposed cutbacks, overall spending on education would still rise 11 percent, noted The Washington Post, which is why House Republicans want to lower the maximum Pell Grant as well as cut other student aid programs by $4.9 billion.

According to Inside Higher Ed, many education leaders and advocates are also unhappy with Obama's proposal.

"It is regrettable that the administration is proposing to maintain Pell by making cuts to other student aid programs that provide much needed funds to students," said Justin Draeger, president of the National Association of Student Financial Aid Administrators.

Furthermore, Robert Berdahl, president of the Association of American Universities, argued that ending in-school interest subsidy on graduate student loans would "discourage American students from attending graduate school at a time when the nation needs to encourage its own best talent".

Eliminating the option of receiving a second Pell Grant may also have devastating consequences for both students and Obama's goal of having the most graduates by 2020. Inside Higher Ed pointed out that some 23,000 students within the California Community College system alone received a second Pell Grant in 2009-10. Most of these students were Hispanic, African American or Asian and had higher average GPAs and more college credits than other students who did not receive Pell Grants.

As The New York Times reported, House Republicans will likely continue to be adamant about cost-cutting and hope to cut $56 billion from the Pell Grant program over 10 years. Many fear that these cuts will make college inaccessible for many low-income students.

"With millions of Americans struggling to make ends meet, cutting Pell grants would pull the rug right out from under students and families who are counting on these crucial grants to help pay for college this fall," said Lauren Asher of the Project on Student Debt.