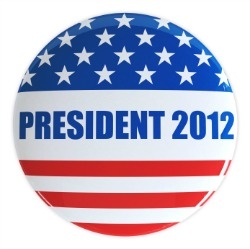 With Obama’s re-election to the presidency last week, small business owners and economic experts have expressed a wide variety of opinions about the efficacy of the government’s current policies aimed at assisting small businesses, and the direction that Washington should take moving forward.

According to The Washington Post, Obama’s re-election will result in several legislative developments that will greatly affect small businesses. Obamacare will be implemented in full, and will involve health care mandates for small businesses and tax breaks for companies that subsidize their employees' medical costs. Obama will also be able to realize his goal of ending Bush’s tax cuts on high-income individuals. Furthermore, while corporate tax rates are projected to decrease, Obama has stated that he wishes to raise tax rates on investment income, which could hinder wealthy individuals from investing in startups and growing companies. And finally, the regulations that Obama enacted during his first term, including the Dodd-Frank and Sarbanes-Oxley Acts, will remain intact.

These predicted developments in tax reform, health care, and business regulations have some business owners concerned, while others remain optimistic. For example, in a compilation of different views on Obama's second term in office, The Washington Post quoted the opinion of Lawrence S. Nannis, who stated, "Obama’s reelection will allow our company to grow... Our practice deals with the entrepreneurial community and Obama has helped pass legislation that has improved the situation for these companies, which provides us more opportunities and allows us to hire.”

In contrast, small business owner Joe Olivo commented, "I have never been more concerned and pessimistic towards future growth prospects as I am after the reelection of President Obama. […] I have seen regulations grow significantly during the past four years and I don’t expect this to subside…My concern that my taxes will increase, along with the unknown cost of healthcare and regulatory actions, lessen my appetite to take additional risks."

Experts have also weighed in on the role they believe government should play in the support of small businesses. Aaron Chatterji of The Wall Street Journal, for example, believes that the government is approaching small business growth incorrectly. “[W]e’re not doing all we can to support them—because we’re treating them all exactly the same,” he wrote. “It’s obvious that small businesses are incredibly diverse, with very different needs, aspirations and potential. The government, though, lumps them all into one category, covered by the same rules, policies, and federal agency.”

Chatterji noted the distinction between traditional small businesses, such as mom-and-pop grocery stores or the local barber’s shop, and the startups that begin small but expand drastically as they thrive, contributing thousands of jobs to the national and international economies. Both, he argues, are important; however, for the past few decades Washington has placed precedence upon small businesses that don’t aim to grow exponentially. His proposed solution for the Obama administration is to give startups and small businesses equal representation in legislation, “[providing…] valuable loan programs and other services to small businesses” while also giving startups “customized attention from a team of advocates drawn from across the government—the White House, Treasury, Commerce, and other relevant departments, including the SBA.”

Regardless of their positive, negative, constructively critical stance on Obama’s second term, the opinions of small business owners and experts alike about the outlook of the country are still mere predictions. Only time can reveal whether Obama’s second term will result in the positive and lasting economic changes that he aims to accomplish.

"Why Washington Has It Wrong on Small Business," online.wsj.com, November 12, 2012, Aaron Chatterji