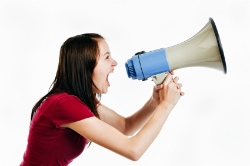 In conjunction with the Occupy Wall Street movement, students from 140 campuses in at least 25 states, on Thursday, protested rising college tuition costs and the scarcity of jobs for new graduates.

"Around the country, more and more high school students are foregoing a college education because their families can no longer afford it," a statement on the group's website read, noted The Huffington Post. "So many more are graduating with inconceivable amounts of debt and stepping into the worse job market in decades. They take unpaid internships that go nowhere and soon can't pay college loans. We represent students who share these fears and support Occupy Wall Street."

"We're angry about the amount of debt we must attain to go to college and the drastic lack of employment opportunities," said Sally Morgan, a graduate student at Virginia Tech in Blacksburg.

Protesters told Reuters they also were concerned about a perceived inability to move up socially in the United States. Research from Rutgers University in May showed college graduates were taking longer to land jobs, accepting employment that didn't require a college degree and earning less than expected.

"It's more about waking up to this idea that this American dream--that if you work hard (and) go to college you can be propelled into the top tiers of society--just isn't true," Morgan said.

"I don't know if college campuses can sustain a level of outrage," he added. "At the end of the semester, they have exams and go home."

The group, however, claims to be in it for the long haul.

"We're planning to do these walkouts and shows of solidarity every two weeks until these issues are resolved," Facilitator Natalia Abrams told The Huffington Post. "If Occupy Wall Street is indefinite, we're indefinite as well. We plan to keep the solidarity protest going for as long as it takes."