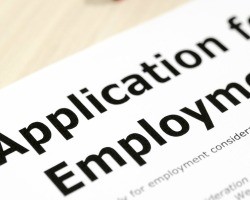 With last month's 16-day government shutdown, many economists were preparing for weak economic growth. To the surprise of many, however, the Labor Department's October jobs report exceeded expectations.

Forbes reported that the U.S. economy added 204,000 jobs in October, a number that surprised economists who had predicted a gain of just 120,000 jobs. Figures for August and September were also revised up by a total of 60,000. Hospitality added 53,000 jobs, and retail increased by 44,000 jobs in October. Jobs gains, however, were offset slightly by continued loss in the federal government -- last month, the government decreased by 12,000 jobs.

While the latest jobs numbers made many economists optimistic about the U.S. labor market, the report was not entirely positive. The unemployment rate inched upward, from 7.2 percent to 7.3 percent. According to The Washington Post, the increase partly reflects furloughed federal employees who were classified as unemployed during October's shutdown. Bloomberg Businessweek noted that any furloughed federal worker who did not receive pay during those 16 days was considered unemployed. Additionally, the labor force participation rate dropped to 62.8 percent, which Forbes reported is the lowest it has been since March 1978.

Still, October's strong numbers has led some to believe that the Federal Reserve could start scaling back its $85-billion-a-month bond-buying program sooner than later. CBS Money Watch reported that many investors had expected the central bank to continue bond purchases through the middle of next year. According to The Wall Street Journal, Fed officials will meet in December and some economists now speculate that the Fed could begin tapering the program as early as next month.

"The much bigger than expected 204,000 gain in [October's] non-farm payrolls, combined with a 60,000 upward revision to the gains in the two preceding months will most definitely shift expectations of when the Fed will begin to taper its asset purchases," said Ashworth in a note to clients that was quoted by Money Watch.

One thing that complicates the debate, however, is consumer spending. While the pace of job creation has been relatively strong throughout the last quarter, Bloomberg Businessweek pointed out that many of the gains have been low-wage jobs in the service industry. This could be a concern when it comes to consumer spending. As Money Watch reported, U.S. wages and household incomes have grown slowly -- or remained stagnant -- during the recovery, and as a result, Americans are spending less -- in the third quarter, consumer spending rose only 1.5 percent. Lower wages means less purchasing power for consumers and that, in turn, discourages businesses from hiring.