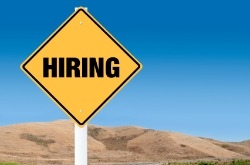 Today's job report released by the Labor Department showed a greater than expected uptick in new jobs, but also an increase in the unemployment rate, reported Forbes.

In October, the economy welcomed 171,000 new jobs. According to CNNMoney, professional and business services added 51,000 jobs, health care added 31,000 jobs, and construction added 17,000. Retail and leisure and hospitality also saw a boost. The Wall Street Journal also noted that manufacturing expanded by 13,000 jobs. The overall number of new jobs in October was significantly higher than the 125,000 new jobs that economists initially projected.

"We are again seeing a quickening in the rate of hiring," Heather Boushey, senior economist at the Center for American Progress, said in CNNMoney. "It's moving in the right direction."

Analysts also revised employment gains upward by 50,000 for August and by 34,000 for September, according to Forbes. These new totals reached 192,000 jobs and 148,000 jobs added for those two months, respectively. According to The Wall Street Journal, this year's third quarter average of 170,000 new jobs per month looks favorable compared to the 67,000 new jobs per month in the second quarter.

"Overall, this report is consistent with the emerging picture of an economic recovery that is continuing to regain traction after grinding to a halt earlier this year," said Millan Mulraine, senior U.S. strategist at TD Securities, in The Wall Street Journal.

The national unemployment rate rose to 7.9 percent, but was right in line with what economists surveyed through Dow Jones Newswires had predicted. As CNNMoney pointed out, although the rate went up one-tenth of a percentage point over last month, some economists attributed the change to a greater number of people participating in the labor force following last month's unemployment rate drop. In October, 578,000 new workers entered the labor force, causing an uptick of two-tenths of a percentage point in the overall labor force participation rate, Forbes reported.

The jobs report is already being discussed in both presidential campaigns as the last few days before Election Day approach. The Wall Street Journal noted that the unemployment rate during the month of the last presidential election was better, at 6.8 percent, but that the number of people employed in the U.S. last month, 143.38 million, is the highest since November 2008.