Office Weight Loss Challenges on the Rise, but are They Really Good for You? 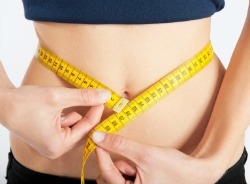 To most people, a new year means a clean slate and an opportunity for self-improvement. According to TODAY, weight loss is 2013's No. 1 New Year's resolution. So what better way to start achieving that goal than to join a workplace weight-loss challenge?

With weight loss on the minds of most Americans and the proliferation of fitness-challenge reality shows such as NBC's The Biggest Loser, office weight-loss contests have grown significantly in popularity, reported The Wall Street Journal. A 2012 survey showed that employers' use of rewards and prizes to get workers to adopt healthier lifestyles has gone up 69 percent since 2009. Whether team- or individual-based, these programs are generally attractive to employers because they help boost workplace morale, lower absenteeism and reduce healthcare costs. Employees seem to enjoy the challenge as well.

Whether it is an ad hoc contest or a program organized by an outside firm, such as HealthyWage or DietBet, participants are usually required to pay a fee upfront, which they lose if they drop out or do not win. Participation is completely voluntary and participants can choose their teammates. There are regular weigh-ins to monitor progress, but team members usually decide on their own diets and/or exercise plans. The winning team gets a prize, usually cash or gift cards, in addition to bragging rights.

As The Wall Street Journal pointed out, office challenges that include financial incentives typically motivate people most.

"My motivation to sign up was definitely the money. We all had that $10,000 spent," said Cindy Mayo to the Sun Sentinel. Mayo, a benefits manager, participated in Office Depot headquarters' recent weight-loss challenge.

However, losing weight with a group, rather than on your own, is also helpful independent of any financial incentives. According to The Wall Street Journal, a 2012 study published in the journal Obesity showed that, on average, more people stick to diets when co-workers hold them accountable. Furthermore, supportive teams are 6 to 20 percent more likely to achieve a 5 percent weight loss.

"We had meetings every Monday morning. We pumped up each other during the week by exercising as a group and emailing each other," explained Mayo in the Sun Sentinel. Mayo lost 25 pounds during the competition.

These contests, however, can sometimes turn ugly. As The Wall Street Journal noted, teammates can become hostile or aggressive if a member gets off track. Furthermore, when one team takes the challenge too seriously, they may discourage other teams from continuing to try.

Ad hoc contests can also encourage unhealthy dieting. For instance, last year, Maggie Pietila, an accountant for a Seattle cellphone company, and 19 co-workers felt so pressured by other colleagues that they ate nothing but fruits and vegetables. The crash diet left them feeling sick and shaky.

"People need to be aware of the difference between a weight-loss challenge and a fad at the office," she said to The Wall Street Journal.

Participants also tend to gain the weight back once the incentives or challenge stops, suggesting that these programs may not enforce a true lifestyle change. Health and weight-loss coach Pat Barone advises employers to educate their employees on proper fitness and health as well as reward slow and steady weight loss, rather than fast results.

When done right, losing weight with co-workers makes sense as it can be highly rewarding, both in and out of the office.

Career and Education News
Home >
News>
Office Weight Loss Challenges on the Rise, but are They Really Good for You?