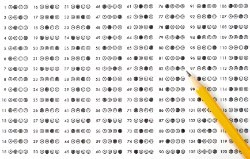 A senior administrator at a small, elite college in California has admitted to inflating the SAT scores submitted to publications such as U.S. News & World Report, and has consequently resigned his post.

As reported by The New York Times, sources have identified the official as Richard C. Vos, vice president and dean of admissions at Claremont McKenna College. A message emailed by the college's president, Pamela B. Gann, did not name the administrator, but said that he had admitted to falsifying SAT scores since 2005. College officials refused to confirm or deny whether Vos was the administrator responsible for the scandal.

Gann wrote in her email that the school's SAT scores in critical reading and math were typically inflated by 10 to 20 points each. The most recent figures were reported as a combined median score of 1,410, while the actual number was 1,400. In addition, the 75th percentile score was reported as 1,510, when the real score was 1,480.

Robert Franek, senior vice president of publishing for The Princeton Review, said that he had never heard of a college intentionally falsifying data. "We want to put out very clear information so that students can make an informed decision about their school," he was quoted as saying in The New York Times. "I feel like so many schools have a very clear obligation to college-bound students to report this information honestly."

But according to Inside Higher Ed, similar scandals have taken place before: In recent years, two law schools, Villanova University and the University of Illinois at Urbana-Champaign, have admitted to inflating LSAT scores in order to improve rankings.

"It's not as terribly uncommon as it should be," agreed Barmak Nassirian, an official at the American Association of Collegiate Registrars and Admissions Officers, who was interviewed by the Los Angeles Times. "It is all a function of the rankings, which have put enormous pressure on institutions to move up the food chain."

As proof, he noted that last year the U.S. Naval Academy reportedly counted thousands of incomplete applications in its formula for selectivity. (The academy denied the charge.)

The Los Angeles Times reported that even though Claremont McKenna's scores were only altered slightly, that might have been sufficient to affect an otherwise tied position on U.S. News' annual college rankings. In the most recent rankings, Claremont McKenna was listed as the ninth best national liberal arts college.

According to the Chronicle of Higher Education, Robert J. Morse, director of data research for U.S. News, said in an email that it was still unclear how the falsified data affected the rankings. Claremont McKenna officials, he wrote, "haven't been willing or able to give me the old and new year by year. . . . So, until we get a full disclosure of [the] extent of false SAT reporting, U.S. News can't say what the real impact on CMC's Best Colleges ranking is."