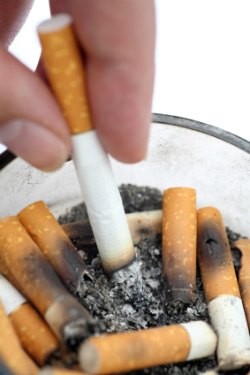 In an effort to promote public health, all public colleges in Ohio may soon become completely smoke-free.

As reported by The Plain Dealer, during this month's regents meeting Ohio Board of Regents Chairman James Tuschman will propose that all of the state's 23 community colleges and 14 universities ban tobacco on campuses. According to ONN, state law currently prohibits smoking in college buildings as well as within 25 feet of campus buildings.

"It's the right thing to do," said Tuschman to The Plain Dealer.

Tuschman's proposed ban was influenced by Dr. Toby Cosgrove, CEO of the Cleveland Clinic. According to MedCity News, Cosgrove made headlines with his controversial ban against hiring tobacco smokers in 2007. In March of this year, Cosgrove challenged U.S. colleges to take that ban even further.

"The fact that American universities are not smoke-free appalls me," he said during a speech in March that was quoted by MedCity News.

According to The Plain Dealer, Cosgrove again addressed the issue during a regents meeting last month, saying, "Universities take a great deal of thought, time and expense to educate the brain. You have to think about educating the bodies."

MedCity News pointed out that Cosgrove was originally unable to garner the support of local and national school officials. As reported by ONN, Greg Hand, spokesperson for the University of Cincinnati, noted that enforcing a smoking ban would be difficult and potentially costly. Futhermore, Regent Vinny Gupta explained to The Plain Dealer that some college presidents expressed concern that a smoke-free policy would negatively affect enrollment and employment numbers. Bronson Frick, associate director of Americans for Nonsmokers' Rights, and Dr. Michael Roizen, chief wellness officer of the Cleveland Clinic, however, pointed out that many colleges that have adopted smoke-free policies did not see a drop in enrollment and actually saw increased benefits such as significant reduction of tobacco use and lower health care costs.

Frick told The Plain Dealer that there are approximately 700 smoke-free college campuses in the U.S. Miami University is the only public institution in Ohio that currently bans smoking on the entire campus. Some Ohio schools, such as the University of Toledo, allow tobacco use in designated areas or in personal vehicles.

Like some school officials, Ohio students have mixed reactions to the potential ban. According to ONN, some argued that smokers have a right to smoke outdoors and that the current state law is sufficient. Others, however, want more.

"I hate breathing in smoke of people who are walking in front of me," said University of Cincinnati student Christen Gonosz to ONN. "It gets in my face and since I'm a non-smoker, I think it's disgusting."

If the Ohio Board of Regents approves the proposed resolution, trustees at each of the 37 institutions would need to vote on a policy for its respective campus.