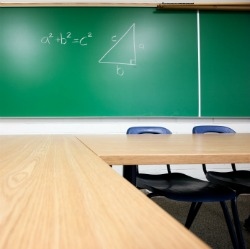 Four-year universities in Ohio will cease offering remedial courses by 2017 if a new state plan takes effect, but that could end up being detrimental to students in need of refresher work, some say.

About one-third of Ohio public college students and recent high school graduates need remedial math or English, according to the Board of Regents, Inside Higher Ed reported. For older students, it's 42 percent.

Jim Petro, the head of the University System of Ohio, argued that remedial courses, which don't count toward a bachelor's degree, have no place in a college, and academic inadequacies should be addressed in high school.

One goal behind the proposed change is to save students money in a climate of rapidly rising higher education costs and escalating student loan debt. Ohio spends $130 million a year on remedial education.

"Remediation is very expensive at the college level and needs to be done in high school," Kim Norris, spokeswoman for Petro, was reported in the Middletown Journal as saying.

Branch campuses and community colleges, however, will continue to provide remedial, or developmental, classes. This is essential for the branch campuses because of the demographics of their student bodies, Michael Pratt, dean of Miami University's regional campuses, told the Dayton Daily News.

"Part of our mission is to provide access for those who want to enter a four-year program," he said. "We're not the same thing as a community college, but that is something we have in common."

Opponents of the state's plan argued it could restrict access to four-year degrees for deserving students, particularly those in lower-income and minority groups, noted the Middletown Journal. They fear it could discourage students from pursuing college at all. Additionally, they argued community colleges don't have stellar remediation outcomes.

"A lot of the students who need remediation are the same students who have already been marginalized by the system because they attended the worst high schools and are the least prepared," Tara L. Parker, a University of Massachusetts professor who studies developmental education, said to the Middletown Journal. "There is no evidence community colleges do remedial courses any better or cheaper."

The Regents are pushing for a 10th grade assessment that would identify high school students who may need extra help before graduation.

"We need to know much earlier in the process," Norris told the Middletown Journal.

University and college presidents must set standards for what defines students as "remediation free," Norris added. Those new standards, to be established by 2013, will serve as a baseline for tracking remediation through the higher education system.

By 2017, Ohio will end subsidies for developmental courses at most university main campuses. However, regional and branch campuses along with community colleges will continue to receive that funding.