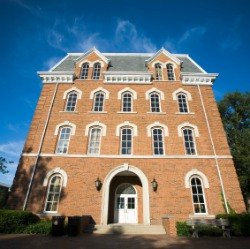 Sky-high college tuition and student debt have prompted states to think outside the box when it comes to improving college affordability. One plan that is gaining steam: free tuition in exchange for a share of graduates' future earnings. Proponents argue such a plan could help poor or middle-class students complete their educations. Critics, on the other hand, say it could unfairly punish success.

Cincinnati.com reports that the student debt crisis spurred Ohio lawmakers to consider a plan to send students to the state's public four-year universities at no cost, but then collect 3 percent of their income for 24 years thereafter. The proposal comes from state Representatives Robert Hagan, D-Youngstown, and Mike Foley, D-Cleveland, who say an average of $27,000 in student debt for Ohio college graduates is too high.

"This legislation allows graduates to stop checking over their shoulder to see if the collection agency is coming, and instead focus on starting their careers," Hagan said in a statement, as reported by Cincinnati.com. Student debt has increased quickly over the last few years, making it the second highest source of debt in the U.S. Graduates have also been met with a difficult job market, which can make it hard to repay student loans on time -- if at all. Hagan and Foley's plan seeks to provide students relief on both fronts.

But what if Ohio graduates do not find a job once they graduate? Or end up in positions that do not pay particularly well? Hagan told WFMJ 21 News that students who do not land a job right out of college would not begin paying for their educations until they find employment. The 3 percent rule applies to all graduates, whatever their earnings. "For instance if they're only making $10 an hour they're only still going to pay the 3 percent on that," said Hagan. "If they're making $25 an hour they'll still pay the 3 percent on that."

This last point has been the target of some criticism, reports The Huffington Post. Some say that a flat rate would effectively penalize success because higher income graduates would end up paying more in the end. On the other hand, delayed tuition supporters like the Economic Opportunity Institute in Seattle believe such plans could improve college accessibility for low-income and middle class students who might otherwise be dissuaded from going to or finishing college in the face of rising student debt.

The Ohio plan mimics one recently passed in Oregon called "Pay It Forward," according to The Huffington Post. That plan -- which is not scheduled to take effect immediately -- also aims to charge graduates a flat 3 percent of their salaries in exchange for free tuition.

Cincinnati.com notes that colleges affected by the plan would probably be less enthused since such a proposal could cost them hundreds of millions of dollars in tuition revenue, with no guarantee that they would get that money back within the next four years.