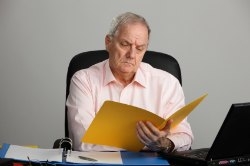 Despite a lack of available jobs for the unemployed, it is the older workers in America who seem to be snagging up job opportunities and getting back to work.

A study conducted by the Chicago-based outplacement consulting firm Challenger, Gray and Christmas shows that those aged 55 and older were responsible for nearly 70 percent of the total employment growth seen since January 2010, reported to The Huffington Post. The study, released Monday, was based on an analysis of Bureau of Labor Statistics data, and indicates that those 55-plus have obtained some 3 million of the 4.3 million jobs that have been created in the past three years, reported CBS MoneyWatch.

This age group may be the go-to group of choice because they typically need less training and can also bring near-immediate value to the company when they have the right skills.

"For employers, one experienced candidate is worth two or three younger, greener candidates, in terms of the ability to make immediate and meaningful contributions to output and the bottom line," said Challenger, CEO of the consulting firm, to CBS. "In this environment, a seasoned candidate who brings a wide variety of skills and experience to the table is going to have an advantage over younger candidates."

Challenger did clarify, however, that those in this group are finding more than just retail and service-level jobs, which typically offer low wages. In fact, those who are aged 55-plus number some 6.3 million as far as those employed in management, business and financial operations as of May 2012.

"Older workers may be benefiting from a desire among employers to keep hiring to a minimum," said Challenger in the Central Valley Business Times. "The economy is still only slowly recovering, so employers have repeatedly indicated that they are only adding workers when absolutely necessary. In this environment, a seasoned candidate who brings a wide variety of skills and experience to the table is going to have an advantage over younger candidates."

Despite the study, this age group remains in the top as far as having the most long-term unemployed. Even there, though, things could be headed toward change. Unemployment numbers for the group have dropped from 7.1 percent in May 2010 to 6.5 percent currently, reported the Central Valley Business Times. However, progress still needs to occur to reach pre-recession levels.