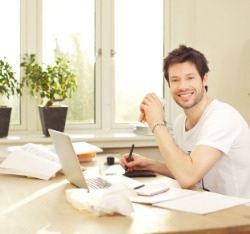 Harvard University recently added two new courses to its edX program that it launched with the Massachusetts Institute of Technology this past spring. These two new courses bring the total number of class offerings—which are available to the public free of charge—to seven, according to The Harvard Crimson. MIT and the University of California, Berkeley also offer classes through edX.

One of Harvard’s new edX courses, Computer Science 50x, has already drawn 100 times the number of students as its corresponding campus-based class, "Introduction to Computer Science I,” reports The Harvard Crimson. The other class, Public Health 207x, is also seeing a high level of interest among college students and the general public alike. Enrollment in both classes is approaching a combined 100,000, according to The Boston Globe.

"This is the biggest course in public health ever offered in the world," E. Francis Cook, one of the leading professors for Public Health 207x, told The Harvard Crimson.

The offerings available through edX are expected to expand significantly in the future, thanks to a new partnership formed with The University of Texas higher-education system. The UT education system, which consists of nine separate universities, has agreed to contribute $5 million to the edX venture, reported Bloomberg. The announcement comes after Texas Governor Rick Perry's call for higher education to be more affordable in his state. Perry has urged universities and colleges in Texas to provide $10,000 bachelor's degree options and four-year tuition level freezes to increase college affordability and graduation rates. The edX program is consistent with Perry’s mission, as students do not pay anything to take edX classes, and only those who wish to receive a certificate of completion for the course need to pay a “modest fee.” In addition, students who pay tuition to member schools can earn credit through their edX coursework, reported Bloomberg.

"The UT System's partnership with edX is great news for Texas and exactly the type of effort I hope more schools will consider as we aggressively pursue the goals of improving graduation rates and making a college education more accessible," Perry said in the Bloomberg piece.

The edX program is not the first of its kind. According to Bloomberg, a similar program called Coursera was founded by Stanford University last year, and has since signed contracts with 33 schools.

The number of students completing their coursework in these types of programs is significantly less that those enrolling, data seems to suggest -- perhaps 10 to 15 percent, according to comments from Anant Agarwal, president of edX, and an MIT professor, The Harvard Crimson reports. However, this percentage still constitutes a very large number of students who are benefiting from these online offerings. In addition, even individuals who do not complete online course assignments can benefit from the high-quality course lectures and content that these programs provide. Finally, online coursework offered through programs like edX and Coursera can help improve the state of higher education overall as instructors figure out how to tailor their materials and evaluation methods to accommodate mass numbers of students.

"We really think that the first courses we offer will be great, but long term, the payoff is going to come from a better understanding about how people learn," Harvard Provost Alan Garber told The Boston Globe.