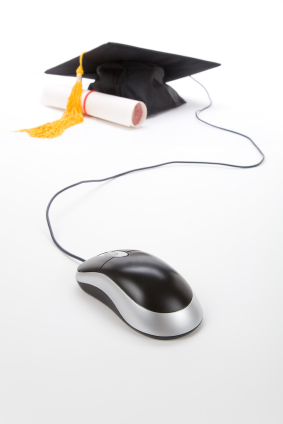 Results of a new survey indicate that over 4.6 million college students, or more than one in four, were taking an online course at the beginning of the 2008-9 school year-- a dramatic 17 percent jump from 2007.

The Sloan Survey of Online Learning report [originally located at http://www.sloan-c.org/learning_on_demand_sr2010], called "Learning on Demand: Online Education in the United States in 2009," attributed the surge in online education to several factors, including the economy and the swine flu outbreak. In particular, the survey found that 73 percent of institutions reported that demand increased for existing online courses, and 66 percent said that demand increased for new online courses. Meanwhile, 54 percent reported demand for more face-to-face courses.

Elaine Allen, one of the study's co-authors, noted that turning to online education during outbreaks of sickness makes sense. "When you have an online plan in place," she told U.S. News & World Report, "classes go on as usual."

Despite the growth of online education, the survey's authors said that not enough schools have considered online education as a possible solution for helping to deal with budget cuts and space constraints. Public institutions were most likely to believe that online education is critical for long-term strategies than either private for-profit or private nonprofit schools.

"They have to wake up," said A. Frank Mayadas, a special adviser to the Alfred P. Sloan Foundation, who was quoted in The Chronicle of Higher Education, "and begin to think about this as a strategic item."

The study also indicated that despite the popularity of online education, fewer than one third of chief academic officers believed that their faculty accepted the value and validity of online education. The data corroborates results of a study released last September which concluded that the vast majority of college and university faculty believe that online courses are inferior to face-to-face learning.