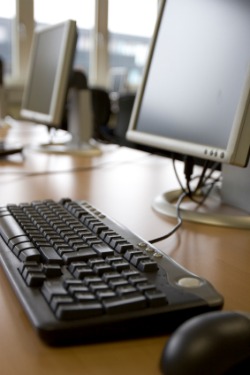 The report, released by the Department of Education in September, analyzed more than 1,000 other studies of online education conducted since 1996. The analysis revealed that students learning in a strictly online education setting performed marginally better than in a classroom-only environment; however, it did not suggest that online programs are of higher quality than traditional ones.

According to US News & World Report, the quality of the program--whether online or in-class--will determine the overall impact on student learning, said Jay Caulfield, associate dean of the College of Professional Studies at Marquette University. Education experts agree with Caulfield's assertions.

"A well-designed online course offers opportunities in a rich learning environment," said Timothy S. Ely, assistant vice president for online education and instructional design at Harcum College. "The effectiveness, much like in a face-to-face classroom, depends, ultimately, on the engagement and commitment of the instructor."

Anthony Adornato, director of communications of the Burton Blatt Institute at Syracuse University, who has had experience as a traditional and online student, has been impressed by his experiences in graduate level online courses at the University of Missouri. However, the traditional college experience as an undergraduate, he says, cannot be reproduced through a computer.

"I have found the program, which is predominantly online, to be far more rewarding and fulfilling than I ever imagined," he said. "Having said that, I think there is a big difference between getting a master's degree online versus an undergraduate degree online. I don't think there is anything that could replace the 'traditional college experience.'"

The Department of Education study considered blended learning--a combination of online and in-class instruction--as the most effective teaching method, a claim substantiated by the findings of Marc Loudon, a professor of medicinal chemistry at Purdue University. His analysis of 226 organic chemistry students in fall 2009 showed that students who did online homework on top of attending lectures and reading textbooks received a full grade higher than their counterparts who studied without online resources.

"Students are highly engaged when they work online because they get instant feedback," he said. "The degree of benefit surprised me--I hate to admit it. The study convinced me of something that I didn't believe would happen."

Benefiting from recent developments in distance learning technologies, several major universities have integrated blended learning into their curricula. The Dallas Examiner noted that the University of California Berkeley has proposed studying the benefits of online programs in hopes of offering online enrollment in 2011. Officials say the $6 million project could lead to offering online undergraduate degrees, which further push distance learning into mainstream culture.