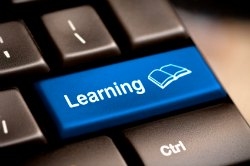 One of many online education startups to procure venture capital this year, Udacity just raised $15 million. This takes the amount of outside funding it has obtained to date to $21.1 million, TechCrunch reported. The recent financing round, led by the venture capital company, Andreessen Horowitz, included previous investors Charles River Ventures and Steve Blank, who teaches at Stanford University.

The Palo Alto, Calif.-based online university said it plans to use the new cash infusion to enhance its technology platform, aiming to incorporate mobile applications and learning techniques that can be modified on an individual basis. The company also intends to offer additional classes and collaborate with businesses in related industries. Currently, Udacity offers free online college courses in science, math, programming, computer science and entrepreneurship training.

Stanford professor Sebastian Thrun co-founded Udacity in 2011, Bloomberg noted. Since the start of 2012, more than 753,000 students globally have enrolled.

"Around the world there's a supply and demand problem," said Peter Levine, lecturer at Stanford's business school and general partner with Andreessen Horowitz, who will join Udacity's board as part of the financing agreement. "This makes Stanford-quality content and coursework available to millions of people who don't have access to any higher level of education."

Udacity's business model generates some income from students who opt to take certified exams for a cost after completing coursework and from referral fees, when it connects companies and graduates for open positions, TechCrunch indicated. Although several digital higher education platforms recently have launched, including Khan Academy, Coursera, 2U (formerly 2tor), ShowMe, Lynda, Udemy, Grockit and StraighterLine, TechCrunch suggested Udacity, with its recent monetary investment, could lead the group in becoming a profitable commercial enterprise.

According to Bloomberg, venture capitalists see promise and are investing in the online education market. This year alone, Coursera, which offers free online college classes raised $16 million in April; 2U, another online education technology company, raised $26 million that month; and Codecademy, an online, basic programming educator, raised $10 million in June. Furthermore, National Venture Capital Association statistics showed venture investing in education technology jumped to $463.1 million so far this year from $457.2 million for all of 2011.

What Udacity and the others like it offer is a new approach to higher education, The Wall Street Journal noted. Udacity's goal is to reach hundreds of thousands of students simultaneously around the world, which until now wasn't possible. The classes are free, and the mode of learning differs. Rather than simply listening, students are engaged through problem solving and immediate feedback on their work.

"First and foremost, it's about access," said Thrun in The Wall Street Journal. "We can reach students that really are not reached any other way."