Online Nursing Degrees On The Rise 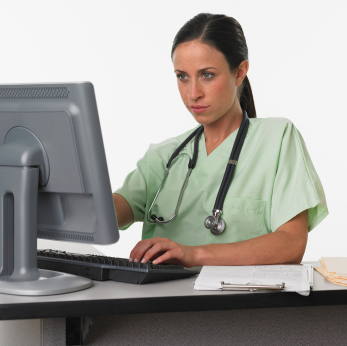 Demand for four-year degrees in nursing along with a need for flexibility are making online programs more popular.

Inside Higher Ed reports that according to the American Association of Colleges of Nursing, the number of fully online R.N. to B.S.N. programs in the United States has grown by more than a third in the last two years. In 2007, there were 96 such programs, while in 2009, 129 existed.

"Online is increasingly the option for the student who does not have the ability to get on campus for a traditional course and who needs to balance home, work and school," said Linda L. Strong, coordinator of the R.N. to B.S.N. program at Sacred Heart University in Connecticut, who was interviewed by Inside Higher Ed.

Another new online program is being offered by Marian University in Indianapolis, which adapted its traditional nursing program into an online one with the help of Orbis Education. The Indianapolis Star explains that Orbis seeks to help hospitals and nursing schools train more nurses by helping those institutions with online efforts.

"Most of the nursing schools in the country provide a high-quality product," said Daniel Briggs, co-founder and chief executive officer of Orbis, who was quoted in the Star. "They're just strapped for resources."

About 200 students have received nursing degrees through Orbis since the company began its service through a program with the University of Oklahoma in 2007. Anita Siccardi, professor and dean at Marian's nursing school, told the Star that the school hopes to increase nursing students using Orbis from about seven to 200 over the next year and a half.

Similarly, the University of Texas at Arlington recently announced the creation of an online Bachelor of Science in Nursing program which aims to address the problems of lack of available faculty and clinical learning space.

"Innovative approaches to enrolling and supporting students into schools of nursing are paramount as we face a significant nursing shortage," noted Dr. Rosemary Luquire, senior vice president and chief nursing officer and Baylor Health Care System in Dallas. "We are eager to test new strategies with our UT Arlington College of Nursing partner to assure we meet our communities' need for healthcare."

Demand for online nursing programs is likely to increase further in light of a recent study which recommended that all nurses receive a bachelor of science in order to practice. In fact, so great is the demand that Angie Strawn, associate dean of the University of Phoenix's nursing school, told Inside Higher Ed that the school does not feel threatened by the increase in nonprofit online nursing programs.

"Given the high demand for qualified nurses and the limited number of spots available to incoming nursing students, we. . .view them as partners rather than competitors," she said.