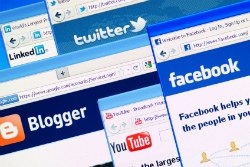 Career experts have been saying for some time that job seekers should be mindful of their online presence. But now a new survey has found that one's digital footprint can even affect the chances of receiving a college scholarship.

"A student's online appearance can help or hurt their chances of winning a scholarship," wrote Mark Kantrowitz, publisher of Fastweb.com, which conducted the study along with the National Scholarship Providers Association (NSPA). "All else being equal, scholarship providers will pick a finalist with the more professional and polite online presence. They want to pick winners who will reflect well on their organization."

The survey was conducted in September 2011, and results were based on responses from about a quarter of NSPA's 300-plus members. Roughly 25 percent of the respondents said they used web search sites such as Google and/or social media sites like Facebook, Twitter and LinkedIn to check out scholarship applicants online. The majority said they only screened finalists, and 75 percent of the scholarship providers who searched for applicants online said they were looking for red flags that might reflect badly on the scholarship sponsor, such as inappropriate photos or illegal activities.

"This demonstrates that a student's online presence is a two-edged sword that can hurt or help the student's chances of winning a scholarship," wrote Kantrowitz.

The same can be said with regards to landing a job. Career experts note that one's digital footprint can make the difference with a potential employer.

"If [an employer] can't decide between two really good candidates, they might look at Facebook profiles to help them decide," noted Christina Rideout, Career Connections director at Ohio State University, who was quoted by The Lantern.

Meanwhile, a positive online presence can be particularly advantageous to younger job seekers. "Millennials share a greater willingness to expose themselves, and not just the good stuff," said John Hagel, coauthor of The Power of Pull: How Small Moves, Made Smartly, Can Set Big Things in Motion, who was interviewed by MIT's Technology Review. "Being willing to share things you don't know and seeking help in solving problems you're working on are enormously powerful ways to attract people who share your interests."

He added that a job seeker with limited qualifications may move directly into a high-level position as a result of a strong online presence. "Networks can shortcut their career path," Hagel noted, "leading them to higher-level jobs and better pay much faster than in the past."

"Your Reputation is Your Resume," technologyreview.com, February 24, 2012, Ted Greenwald