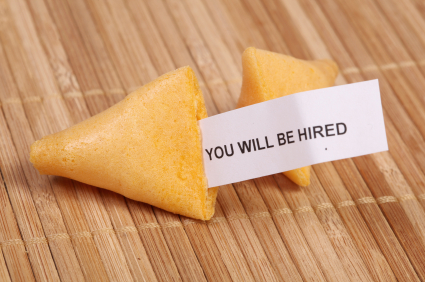 Hope is spreading among businesses and job-seekers, but ironically, such optimism appears to be creating opposing effects: Firms are beginning to increase hiring, but the unemployment rate is rising as more job seekers begin to actively search for work.

Early this month, the Labor Department announced that the American economy added 290,000 jobs in April--the fastest pace in four years. However, unemployment rose to 9.9 percent, even though economists had predicted it would remain at March's 9.7 percent level.

The creation of new jobs indicates that more consumers are feeling optimistic that recovery is on the way. "We're getting more work from existing clients, more work to bid on and more opportunities to acquire more clients," noted Muriel Jerome-O'Keefe, president and chief operating officer of contracting firm JTG, who was interviewed in The Washington Post. "Customers appear to be more confident in the future--less anxious than they were 12 months ago."

The Post reports that JTG is planning to increase its staff from 23 to 53, and other companies in the DC area are adding jobs as well: McLean, Virginia-based Booz Allen Hamilton plans to hire 3,000 employees over the next year, while Capital One, also located in McLean, is creating 70 new positions. The federal government expects to hire approximately 25,000 from the region this year, while Adventist HealthCare in Rockville, Maryland, will add 2,000 medical professionals to its staff.

Indeed, The Wall Street Journal points out that the rise in unemployment is actually a good sign: Like the increase in job openings, it indicates that more people are feeling good enough about the economy and are therefore starting to actively look for work. But it also means that the unemployment rate could very likely increase and remain at double digits for an extended period of time, and fierce competition for jobs could keep wages low.

It's not just optimism that's driving the jobless to the want ads; the Associated Press points out that it's also a sense of urgency. Some analysts are predicting that hundreds of thousands of people are nearing the end of their unemployment benefits. That is one reason why nearly 500,000 new job seekers are expected to be added to the work force every month over the next few months.

The Post adds some sobering news: Even though hiring is increasing, employers are being extra cautious about adding new workers and sometimes are filling only a small portion of the positions. Moreover, the recession has taught companies to save money and boost productivity, so that hiring levels are unlikely to return to their prior levels.

Jerome-O'Keeffe at JTG noted that for this reason, the company can hire six or seven fewer workers than it would have before. "I don't think we'll go back to the old way," she told the Post.

"Once Disheartened Return to Looking for Work," Associated Press, May 10, 2010, Jeannine Aversa

"Why Did the Unemployment Rate Rise?" The Wall Street Journal, May 7, 2010, Sudeep Reddy