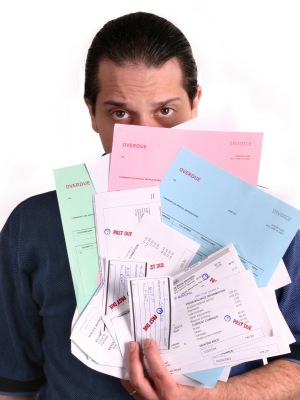 A new bill passed yesterday by the Oregon Legislature will ban employers from running credit checks on job seekers.

"It balances the needs of employers while also leveling the playing field for unemployed Oregonians who desperately want to get back to work but who may have had credit history problems that are creating walls between themselves and renewed financial stability," said Rep. Tina Kotek, a Democrat from Portland who was quoted by the Associated Press [from an article originally located at http://www.forbes.com/feeds/ap/2010/02/23/business-financial-impact-us-credit-history-jobs-oregon_7378946.html?boxes=Homepagebusinessnews].

Supporters of the bill argue that many people suffer from bad credit as a result of layoffs and medical bills, and credit checks prevent them from finding work to get back on their feet. But opponents claim that the measure is an unfair intrusion into business personnel decisions.

"We're just putting another nail into the coffin of business in this state," said Rep. Sal Esquivel, a Republican who was quoted by OPB News. "How many times do we have to kick them in the face before they leave?"

The legislation, which is now headed to the Governor's desk, allows exceptions for some employers, including credit unions, banks and law enforcement agencies.

MSNBC.com reports that several states and Congress have introduced similar measures that were largely unsuccessful. In California, Gov. Arnold Schwarzenegger vetoed a bill last fall that would have limited credit checks to job candidates who deal with large amounts of cash or confidential financial information. And in July, Rep. Stephen Cohen, D-Tenn., introduced a measure that would ban the use of credit checks in the hiring process as part of the Fair Credit Reporting Act. Like the other legislation, it stipulated exceptions for certain types of jobs where credit checks were considered reasonable.

Cohen told MSNBC.com that credit checks are no longer appropriate in the current economy. "If you're laid off and you don't have a job," he said, "you don't have an income and you can't meet your obligations."

The measure, however, faces strong opposition from credit agencies. "It's part of their business," said Cohen. "They're making money out of it. They want to do as much credit reporting as they can."