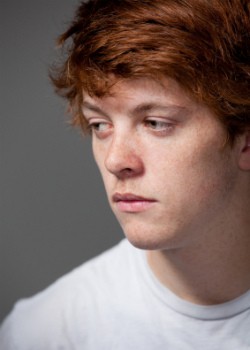 Now four days after the news of Osama bin Laden's death, emotions that ran high on Sunday night are beginning to settle. As a result, many are wondering why millennials--those born after 1980--broke out in such feverish celebration.

As the Los Angeles Times pointed out, because 9/11 happened at such a young and impressionable age for today's young adults, Osama bin Laden and the threat of terrorism played a huge role in shaping their lives. They spent most of their youth with the nation at war. To them, strict airport security measures and color-coded threats were the norm.

"We didn't know a time when you could bring shampoo on an airplane," said Nic Cappon, a 22-year-old senior at the State University of New York at Plattsburgh.

For many, Osama bin Laden was the bad guy yet he was also a mystery. As The Denver Post pointed out, there was never any formal education about the war on terrorism. Older children, those in high school or early college when the World Trade Center towers fell, had more access to information and learned about the war on their own. However, that information was still jumbled and vague. Younger children, who were just in elementary school at the time of the attacks, received filtered information from teachers, family or animated TV shows such as "South Park" and "Family Guy".

According to The Washington Post, an American University survey of more than 1,000 people between the ages of 18 and 29 showed that 9/11 caused significant--and perhaps lasting--behavioral changes within this generation. For instance, more students followed the news, studied foreign relations, learned foreign languages and were more politically active. The Los Angeles Times noted that after 9/11 the world seemed much larger and more complicated to the younger generation so this increased interest in international relations was perhaps an attempt to better comprehend everything that was happening.

"They are trying to understand why 9/11 happened. And they want to know what went on in the minds of the people who committed this heinous crime," said Mahmoud Al-Batal, a Middle Eastern studies professor at that University of Texas at Austin.

Some experts called Sunday night's celebrations, with all its chanting and cheering, a "release of tension". Some students, however, were more reflective.

"I see the thinking behind it like, yeah, America is awesome, we finally found this guy, we killed him, like we said we were going to do. But it doesn't bring back anyone else," said Kurt Oleson to The Denver Post.

But as the Los Angeles Times reported, students were celebrating a historical moment more so than the death of a man.

Luke Watkins, a 20-year-old junior at the University of Los Angeles, likened the news of bin Laden's death to the last installment of the literary series that defined his generation: Harry Potter.

"It marks the end of our childhood," he said.