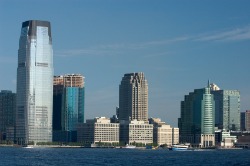 A task force appointed by New Jersey Governor Chris Christie made dozens of recommendations on Tuesday, urging the state to improve its public colleges and universities.

The recommendations came shortly after Christie cut funds for higher education by $130 million in an effort to close an $11 billion budget deficit, The New York Times reported. Despite implementing the budget cuts, Christie has promised to allocate more money to the state's public schools as the economy improves.

"In many ways, this report confirms what we all know: New Jersey's higher education system is in need of focused improvement if it is truly going to serve our students and prepare our state for the future," Christie said in a statement.

The panel, led by former Governor Thomas H. Kean, advocated lifting tuition caps and reorganizing the struggling University of Medicine and Dentistry of New Jersey. The report advised the state to let Rutgers University and the other public institutions to set their own tuition levels "appropriate to raise the funds needed to support their operations and maintain educational excellence." Furthermore, it recommended that the University of Medicine and Dentistry, which previously faced financial and Medicaid abuse charges, merge with Rutgers to improve its operations.

The panel's other recommendations for the state included issuing bonds to finance improvements for its schools and consolidating government-sponsored scholarship programs to slow the migration of New Jersey's brightest students to out-of-state schools, The Philadelphia Inquirer noted.

"New Jersey must stem the tide of its brightest high school graduates who leave the state to attend college," the panel said.

Overall, the focus of the panel's discussion centered on the lack of funding for the state's institutions. Task force members acknowledged, however, that significant improvements to the public school system will not be made immediately.

"A long period of inadequate investment must now be stopped and reversed," the panel said, adding that New Jersey "probably cannot afford, at this time, to fully increase funding for higher education at the levels that are needed."