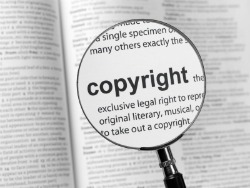 In the wake of the recent online backlash regarding the Congressional bills SOPA (Stop Online Piracy Act) and PIPA (Protect IP ACT), an executive from Paramount Pictures has sent a letter to various law colleges requesting to speak to students about the importance of intellectual property.

Sent in early February from Alfred Perry, Paramount's vice president for worldwide content and outreach, the letter asked to have an audience with students either through a formal presentation and discussion or to sit in on a session of a current course.

"Either way, our goal would be to exchange ideas about content theft, its challenges and possible ways to address it," Perry wrote in the letter. "We obviously think about these issues deeply on a daily basis. But, as these last few weeks made painfully clear, we still have much to learn. We would love to come to campus and do exactly that."

While the letter might be seen as an amicable attempt to open up a dialogue, Ars Technica noted that these bills never carried that kind of tone from the beginning.

"Both SOPA and PIPA began life as tough bills catering almost exclusively to major rightsholders, rather than emerging from some kind of stakeholder dialogue," wrote Timothy B. Lee in Ars Technica.

While its not clear what law schools received Perry's letter, CNET reported that Georgetown University was at least one of them. Julie Cohen, professor of law at the school, indicated she had not yet sent a response.

"Along with various others, I'm still mulling my response," Cohen told CNET. "This shouldn't be taken to suggest that there will be a concerted response, just that people are discussing possibilities."

Paramount is one of the members of the Motion Picture Association of America; the backlash of some 10 million Internet users last month to SOPA/PIPA apparently caught executives off-guard with Perry describing the opposition as humbling. However, recent comments by Phillipe Dauman, chief executive of Viacom, Paramount's parent company, were less amicable.

Dauman decried the recent opposition to the two bills as "mob mentality" and "unfortunate rhetoric" in approach, reported The Chronicle of Higher Education. Additionally, some in academia are confused by Perry's outreach to top law schools.

"I don't understand why, if they truly wanted to engage consumers, they would approach law professors, especially those at the most elite schools," Eric Goldman, associate professor of law at Santa Clara University, told The Chronicle. "There are at least a half-dozen ways that Paramount could get better marketplace feedback than eliciting the perspectives of law students, which reinforces why I think they intended to do more talking than listening."

Similarly, Jessica Lutman, a law professor at the University of Michigan, was "deeply suspicious" of Paramount's intent. However, she has invited Perry to speak at a March law class on copyright, according to The Chronicle.

"I like my students to hear from people who disagree with me," she was quoted in The Chronicle as saying. "I was pretty confident that he would be one such, and I thought my students are adults -- and I'm not worried they're going to be snowed by Paramount's pitch, so wouldn't it be interesting to hear what Paramount has to say?"