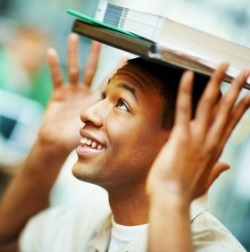 Parents often assume that the more money they provide for their children's higher education, the better they will perform in school. New research, however, suggests otherwise. According to The New York Times, a new national study found that the more money parents contribute to a child's college education, the lower that student's grades tend to be. The study, "More Is More or Less Is Less? Parental Financial Investments during College," written by Professor Laura Hamilton from the University of California in Merced, may serve as a wake-up call to some of these parents.

Dr. Hamilton based her conclusions off of both national data and the year she spent living alongside college students in a dormitory, observing their behaviors and priorities. "Oddly, a lot of the parents who contributed the most money didn't get the best returns on their investment," she told The Times. "Their students were more likely to stay and graduate, but their G.P.A.'s were mediocre at best, and some I didn't see study even once."

Hamilton used three federal data sets for her study: the Baccalaureate and Beyond Study, the Beginning Postsecondary Students Study and the National Postsecondary Student Aid Study. Controlling for family socioeconomic status within these data sets, she compared parental contributions and grades. Hamilton's results, which were published in this month's American Sociological Review, found that students who receive the most financial assistance from their parents are the least likely to earn good grades, though the effect was minimized among those attending elite institutions versus other expensive private or out-of-state schools.

While the exact cause for the trend is not clear, according to Inside Higher Ed, the findings may lend credence to the idea that financial support from parents may actually act as a "moral hazard," in which students who have not financially invested in their education themselves may not take their studies as seriously as those students who have. Also, parents who give their children a lot of money are apparently less demanding in their expectations of them.

While Hamilton describes this correlation as "a modest effect," it is nevertheless concerning, particularly for middle-class families to struggle to gather the funds to put their children through college."[A]ffluent families aren't hurt the most by the lower grades, because they had the connections to call the head of NBC or the N.F.L. and get their child a job," Hamilton told The New York Times. "It's more of a problem for the middle-class parents, who worked hard to pay the college costs, used up their retirement funds and are out of money by graduation time."

Before parents decide to cut their children off financially, however, Inside Higher Ed warns that Hamilton's study has a couple of caveats. Those students whose parents contributed to their education were more likely to graduate, because those receiving minimal levels of parental support have a harder time paying for college and thus don't remain in school. Also, parents who intend to contribute a great deal toward children's college funds can mitigate the grade-lowering effect by tying that support to regular talks about their children's values and priorities. Hamilton also encourages parents to talk to their children about meeting certain goals, such as a minimum G.P.A. or graduating in four years.

"Ultimately, it's not bad to fund your children," Hamilton told The New York Times. "My kids are little, but I plan to pay for them -- after we talk about how much it costs, and what grades I expect them to achieve."