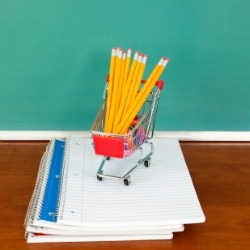 With fall just around the corner, parents and students alike are gearing up for the upcoming school year, which means back-to-school shopping time has arrived. This year, families anticipate spending more on back-to-college items than last year, but still plan to spend wisely.

This year's increased spending is likely the result of situational factors rather than a desire to splurge, according to the press release. For example, consumers stated that they expected to spend more this year because of higher prices and students' need for more expensive items, but consumers still plan to spend carefully, buying only the necessities and taking advantage of sales and promotions. In fact, 73 percent of parents said they plan to do more online shopping this year, not only for the sake of convenience but also to find the best prices and deals. Parents of college students are also twice as likely than parents with K-12 children to use social media for reviews and recommendations (76 percent), promotions (67 percent) and to search for products (61 percent).

"The combination of smartphones and laptops makes the tablet redundant for students," Brent Schoenbaum, a partner in the retail practice at Deloitte, noted in a MarketWatch press release.

Tech experts also noted that personal computers are the favorite among college students because they make it easier to multitask and write papers when compared to using a tablet. PCs also have bigger screens and better speakers, which may make them more ideal for leisure activities, such as listening to music or streaming videos. Finally, PCs are also more affordable. MarketWatch noted that, according to a Pew Internet Research study released last month, most tablet owners are adults with annual incomes of at least $75,000.