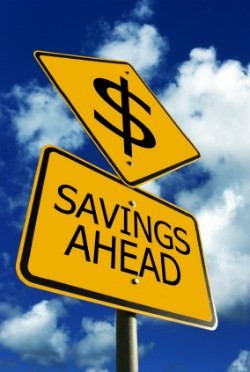 According to a new study, American parents prioritize funding their children's college education over saving for their own retirement.

The study, which is the second nationwide study in Massachusetts Mutual Life Insurance Company's State of the American Family series, showed that parents of low-income households were most insistent that college should come first, noted a MassMutual press release. About 37 percent of low-income households (under $25,000 annual income) chose college as the priority whereas 26 percent chose retirement. In all other income brackets, families placed a slightly higher priority on retirement.

Furthermore, half of the survey respondents with college as a priority said they won't have the money needed to fund a future college education nor do they know how much they must save.

In the study, parents acknowledged that funding college might jeopardize their retirement savings. Half of the study participants said after they pay for their children's college education, they won't have enough money for their own retirement. And only three in 10 parents said they're confident they're adequately preparing themselves financially for retirement.

"When I talk to families about their financial planning needs, we cover plans to pay for children's college by asking how much of their child's education they want to cover, what percentage of their income they want to save for it, and whether or not they think their children will receive any financial aid," explained Kevin Paasch, a MassMutual assistant general agent and sales manager at Commonwealth Financial Partners, in the press release. "Then when we discuss retirement, I ask if they plan to get any financial aid to help with retirement. I get puzzled looks, but the point is made, and we start re-prioritizing their financial goals."

MainStreet reported that the study also showed that approximately 39 percent of Americans have developed a retirement savings plan; about 31 percent of women have a plan for retirement; about 63 percent of the people surveyed said they'll work part-time during their retirement and some 25 percent of survey respondents are caring for their elderly parents.

Parents putting their own financial futures last is ill-advised and risky, as time to save for retirement isn't abundant, TIME pointed out. Young people, on the other hand, have more options. They can get financial aid, attend a more affordable school or even postpone college for a few years.

Given the debt that students graduate with--$24,000 on average--and weak job market, some argued that the escalating costs of higher education aren't worth it.

About 71 percent of respondents said they didn't want their children to have to care for them when they got older. Yet, with parents' college versus retirement priority backwards, children, in the long run, could end up paying parents' medical bills rather than their own student loans.

"Save for Retirement or Pay Tuition? Most Parents are Making the Wrong Choice," time.com, October 11, 2011, Dan Kadlec

"The Kids May be Alright, But Parents May Retire in Poverty," massmutual.com, October 13, 2011