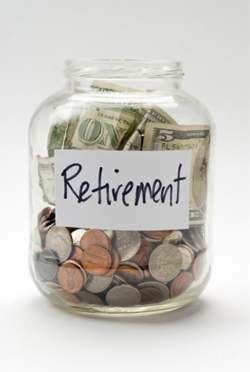 According to a recent national study by student loan company Sallie Mae and polling firm Gallup, American families rank saving for college a high priority, with one in five naming it their top saving priority. However, despite how important saving for college is, many families do not choose the best options and end up making costly mistakes.

Slow economic growth and the rising cost of education has made saving for college difficult for many families. The Washington Post reported that a College Board survey showed that the cost of attending a private college has risen 2.6 percent a year over the past decade. The cost at public colleges has gone up nearly five percent annually.

The Sallie Mae and Gallup study, which is based on a nationally representative survey of 2,092 parents with children under the age of 18, revealed that 60 percent of parents saved for their child's college education and were on track to save an average of $48,367 by the time their child turned 18. What is alarming, however, is that 24 percent of parents were dependent on retirement accounts such as 401(k)s, IRAs and pension plans, reported CNN Money.

When asked about the trend, certified financial planner with Adam Financial Associates Inc. Mari Adam said to CNN Money, "I find it a little odd and disturbing, because if you're going to save for college, there are a number of ways to do that with tax advantages."

According to Reuters, many parents turned to retirement accounts because they saved more. Alternatives include 529 college saving plans that can grow and are tax-free if used to pay education-related expenses, but these savings are usually less. On average, parents saved $3,340 in 529s, compared to $6,503 in retirement accounts. According to the study, roughly one-quarter of parents used 529 college saving plans. Half of those not currently using a 529 plan said they were not at all familiar with the option. Furthermore, 46 percent of those not saving for college did not know how or were not sure what were the best college savings options. "Education about the benefits of a 529 and how they work definitely needs to improve," said Bill Diggins, Gallup's lead researcher on the study.

Sarah Ducich, senior vice-president for public policy at Sallie Mae, told Reuters that dipping into retirement funds for college leads to added fees and tax penalties. Additionally, once money has been withdrawn, it counts as adjusted gross income and will reduce the amount of financial aid a family could receive for the following year by as much as 47 percent, said Mark Kantrowitz, publisher of Fastweb.com and FinAid.org to CNN Money. Ducich explained to Reuters, "These families are just digging themselves into a deeper hole."

The study found that the most commonly used college savings methods were general savings accounts or CDs (50 percent). The next most commonly used vehicles were investments--stocks, mutual funds, money market accounts or bonds--which were used by one-third of saving-for-college parents. Interestingly, noted Reuters, while more families tend to save as income rises, low- and middle-class families were more dedicated to the task. The Washington Post added that families making less than $35,000 saved about eight percent of their budget. Families making more than $100,000, on the other hand, saved 2.6 percent of their income.

"How America Saves for College 2010: A national study by Sallie Mae and Gallup," salliemae.com, October 2010