PayScale Reveals Rankings of Colleges Whose Graduates Earn the Most 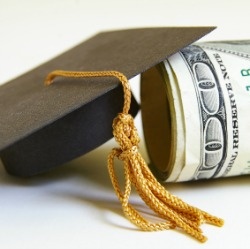 What is in a name? If that name happens to be a prestigious university, and the question is how much you could earn as a graduate, then the answer is: quite a lot. It is no secret that where you study can impact your future self's salary, but a recent analysis from the salary-information company PayScale underscores just how much.

PayScale analyzed salary information from more than 1.4 million college graduates drawn from 1,016 schools, which produce more than three-quarters of the nation's undergraduates, reports The Wall Street Journal. The company then ranked schools based on graduates' median starting and mid-career salaries.

This year's big winner: Harvey Mudd College in Claremont, Calif, which reported a median starting salary of $73,300 and a mid-career median salary of $143,000. The U.S. Naval Academy ranked second, with a median starting salary of $77,100 and mid-career salary of $131,000, followed by the California Institute of Technology and Stevens Institute of Technology tying for third. The remaining top 10 schools: Babson College, Princeton University, the United States Military Academy at West Point, Stanford University, Harvard University and Brown University.

So, what makes one school's graduates more likely to garner bigger paychecks than those of another? According to Eddie LaMeire, CEO of the San Francisco-based LaMeire College Consulting, told CityTownInfo that a number of factors contribute, not the least of which is an institution's prestige.

"Ivy League grads, as competitive as they need to be in order to earn admission to the school to begin with, still get a good boost from the name recognition of their alma maters," said LaMeire. He said that area cost of living may also contribute, as can a school's specialties. "More often than not, I think you'll find that schools with an emphasis on engineering and business (Harvey Mudd and Babson, numbers 1 and 5 respectively) will tend to produce more high-earning grads than a school known for its writing program (Sarah Lawrence College, number 424)."

And what a difference these factors can make. The Huffington Post reports that by mid-career, Harvey Mudd alumni earn on average more than $100,000 above those who graduated from the North Carolina-based Shaw University, which ranked at the bottom of the list.

Whether or not rankings such as these are meaningful is a subject of debate. A representative from Stanford University told CityTownInfo that the school does not even comment on such reports, preferring "to focus on educational outcomes more than salaries." During a time of skyrocketing student debt, however, some might be inclined to disagree.

"College rankings are generally useless, but salary reports -- to the extent that the methodology of the report is solid and the numbers they get are statistically significant -- might be helpful," said LaMeire.

Of course, what you study may be more important than where. LaMeire said he advises clients who major in fields like fine arts to double major or minor in a practical field, too.

"Students need this -- as well as actual resume-building work experience -- if they plan to pursue a less-than-lucrative field of study," he said. Parents must play a role, too. "As well-intentioned as it is, the parents who indulge their son's love for photography, and send him off to get his BFA from NYU for nearly $70,000 per year, are sentencing him to 30 years of indentured servitude… Colleges will not look out for your best interests."

"From Harvard to Harvey Mudd: Which College Grads Earn the Most?" wsj.com, September 12, 2013, Melissa Korn