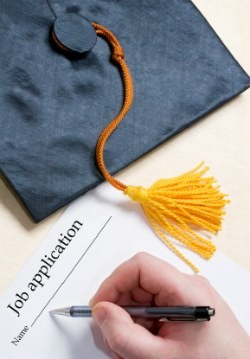 Studies have shown that choice of major can profoundly impact the expected earnings and the availability of jobs for new college graduates.

"Unless you go to a top-20 brand name school, what matters most to employers is your major," said Katie Bardaro, lead economist at the compensation research firm PayScale, who was interviewed by Forbes.

A recent study by PayScale determined the 15 most valuable majors, based on median starting and mid-career pay, growth in salary and availability of job opportunities. As Forbes reported, the study found that engineering and math fared as the best choices of majors overall.

The top major, biomedical engineering, earned a median starting salary of $53,800 that grew about 82 percent to $97,800 by mid-career. In addition, the U.S. Bureau of Labor Statistics predicts that job opportunities in the field will grow by 61.7 percent, the most out of any other major on the list.

"These aren't majors that anyone could do," Bardaro explained to Forbes. "They're hard, and these programs weed people out. However, there is high demand for them and a low supply of people with the skills, so it drives up the labor market price."

Edwin Koc, who heads research at the National Association of Colleges and Employers, noted that while the job market has improved slightly for new college grads, certain technical skill sets are in far greater demand. For this reason, computer science, engineering, and accounting majors have more job opportunities available. Meanwhile, liberal arts, humanities and education majors are having a much tougher time.

"It's a much more split market," Koc told Bloomberg.

Jim Henderson, associate director for employer relations at Virginia Tech, has noticed the same trend. He told Bloomberg that students with technical degrees are seeing a 25 percent increase in job postings this year and are receiving more offers than two or three years ago.

"For the nontechnical jobs," he said, "it's much more challenging."

Some liberal arts colleges are adjusting their coursework accordingly. The Wall Street Journal reported that at Wake Forest University, for example, the most popular minor is now Innovation, Creativity and Entrepreneurship, which requires students to learn the practical aspects of starting a business.

"We're seeing the emergence of a new model of education that blends liberal and applied learning," noted Debra Humphreys, head of public affairs at the American Association of Colleges and Universities, who was quoted by The Wall Street Journal.