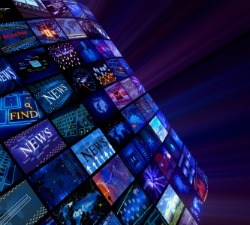 In its first bout of significant layoffs in almost twenty years, PBS NewsHour has announced that it will close its San Francisco and Denver offices, laying off the majority of the staff in both locations, wrote The New York Times on Tuesday. In a memorandum internal to the company, NewsHour's executive producer Linda Winslow and MacNeil/Lehrer Productions' chief executive Bo Jones stated that the layoffs and consolidation of offices were due to "a steady drop in corporate revenue," as well as "new technologies" that would allow for a streamlining of the company's staff and technical operations. Both Jones and Winslow stated that the changes would ultimately "improve the long-term sustainability of the 'NewsHour.'"

The New York Times revealed that NewsHour currently faces a $7 million budget deficit, a significant shortfall as NewsHour's entire budget is $28 million. In their memo, Winslow and Jones explained that they would compensate for the reduction in NewsHour's journalism staff by both "sending our own teams in the field" and "building new relationships with a variety of locally based freelance video journalists around the country." They continued, "Under no circumstances do we intend to abandon the mini-documentary reports that have become so critical to our broadcast. The 'NewsHour' remains committed to delivering the same kind of in-depth reporting our viewers and supporters expect from us." According to Media Bistro, NewsHour was established in 1975, and since its inception it has been known for detailed and high quality news coverage. The financial struggles of this trusted news network further indicates the steady decline of American journalism that has been the subject of much public attention.

As traditional journalism diminishes and reshapes, fresh players have sprung into the field, only to meet challenges of their own. According to a Pew Research Center report released Monday, the nonprofit news sector has been growing substantially in order to fill the gaps in news reporting left by the newspaper closures of recent years. Smaller nonprofit news outlets often specialize in a certain journalism niche (such as government, foreign affairs, or arts and culture), or produce investigative reports on certain issues in society.

According to the Pew Research Center's report, the majority (81 percent) of these small nonprofit news outlets are optimistic about their future. However, as the Pew Research Center pointed out, "large, often one-time seed grants from foundations help many of these nonprofit news outlets get up and running. But as those seed grants expire, many organizations do not have the resources or expertise necessary for the business tasks needed to broaden the funding base."

To support this assertion, the Pew Research Center cited the finding that 54 percent of the nonprofit news outlets surveyed reported needing more business, marketing, and fundraising staff at their organization, and 62 percent responded that "finding the time to focus on the business side of the operation" was a primary challenge. The Pew Research Center also found that 61 percent of the news outlets that participated in the study were established through a startup grant, yet only 28 percent of those receiving such grants indicated that their funder had agreed upon a renewal. The struggles of both established and younger news sources to maintain funding and optimally structure their organization show that American news media remains in a fragile state.