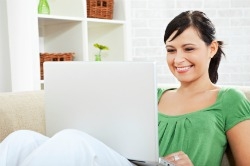 Open Class, a new online learning app, is expected to be available free of charge to students this week to help them with course management and advanced social networking, according to The Chronicle of Higher Education.

This is a deviation compared with many of the online learning management systems that are currently available, which charge schools or students money in order to cover licensing, maintenance, and other costs related to services.

Pearson, one of the world's largest education publishers, is joining forces with Google to launch the open-source app. Open Class is only available in beta phase right now, but by making it available free of charge, the company could rattle an industry that collects hundreds of millions every year from schools, reported Inside Higher Ed.

"I think that the announcement really marks another, and important, nail in the coffin of the proprietary last-generation learning management system," Lev Gonick, CIO of Case Western Reserve University, was reported as saying in Inside Higher Ed.

Open Class should become available through Google Apps for Education, but will be hosted through Pearson instead of through schools, which often need to supply resources to run such applications.

"We are happy to offer this complementary learning management system to the millions of students, faculty and staff already using Google Apps," Obadiah Greenberg, Google's business development manager for education, was quoted as saying in a press release.

Open Class will have no hosting, licensing or hardware costs. This can help with widespread proliferation and can benefit instructors and students at colleges.

"Not only do students share resources, but faculty have the ability to collaborate across institutions, sharing pedagogy tips," Kay Reeves, executive director of information technology at Abiline Christian University, was reported as saying in the Chronicle. "Someone at my college could contact someone in the network at, say Harvard, and say 'Hey, how are you handling this topic in your course?'"

The move to offer the app is expected to undermine current learning management systems such as Blackboard or Moodle. Open Space also offers a single sign-on and a unified navigation bar, noted the press release.

"Now, educators and students are able to communicate and collaborate in new ways across institutions and around the globe--providing a richer, more personal and more connecting learning experience at no cost," Matt Leavy, CEO of Pearson eColleges, was reported as saying in the press release.

Pearson currently controls just more than one percent of the market in learning management systems, according to Inside Higher Ed.

"It's a freer offer than any other in the space," Adrian Sannier, senior vice president of product at Pearson is reported in Inside Higher Ed as saying.