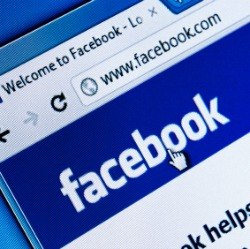 The situation raises questions about the effects of social media use in the admissions process, The Daily Pennsylvanian noted.

"I think the question of what rules we're going to put in place to prevent this is going to be on our minds a lot more as things continue to unfold," said Steven Goodman, a Top Colleges educational consultant.

Foley's actions came to light in December when someone anonymously sent Penn's Dean of Admissions Eric Furda and The Daily Pennsylvanian a set of screenshots from Foley's Facebook page. Also, several of her posts were shared anonymously on College Confidential, an online forum about the college admission process.

On her Facebook page, Foley had shared details about numerous Penn applicants, reported The Daily Pennsylvanian. In one essay, a student had explained his connections to the school were "long and deep" as he'd been circumcised there. Foley had posted this excerpt of his essay: "I look forward to engaging in the academic, social and Orthodox Jewish communities on campus." In response, she'd commented, "Stop the madness."

Foley had also quoted another student who wrote about overcoming his fear of using outdoor restrooms on wilderness camping trips, Inside Higher Ed explained. About the topic, Foley had posted, "Another gem." She'd added, "17 year olds are strange creatures. [B]ut seriously, couldn't make this up if [I] tried. [K]ids say the darndest things."

In one screenshot, Foley had described a jar of organic honey she'd received from an applicant as one of the "perks of being an [admissions officer]," according to The Daily Pennsylvanian. In another, she'd relayed a student saying Penn was near the beach and had commented, "[P]enn being 'close' to the beach: a selling point [I] never expected to use. [G]otta love recruiting in [K]ansas!"

Foley's Facebook friends had urged her to post more excerpts, to which she'd said she would "if it weren't such a professional risk/liability," reported Inside Higher Ed. She'd directed them to a Tumblr blog called Admissions Problems, another online site where college applicants are ridiculed.