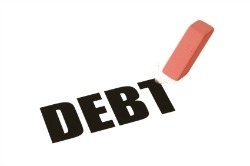 A measure that would forgive federal student loans after a specified period of time has received support from 1 million people.

The Student Loan Forgiveness Act, drafted by Democratic Representative Hansen Clarke of Michigan, would limit eligible borrowers' monthly payments to 10 percent of their discretionary income for 10 years, and the federal government would then forgive the remainder. If passed, the bill would also keep the federal student loan rate at 3.4 percent permanently, and would convert all private student loans into federal ones.

"It forgives loans conditioned on the mandatory repayment of that loan for 10 years, according your income," explained Clarke, who was quoted by Washington Monthly. "That's pretty conservative if you think about it. It's very reasonable, it's conservative, it's financially doable. But it must happen now."

Last week, Congress voted to freeze the subsidized Stafford loan interest rate at 3.4 percent for one more year. But Clarke said that the newly-passed legislation does not go far enough to help those who are struggling to pay off student debt.

"Political people are calling this a victory," he told The Huffington Post, "not the people who pay the student loans."

Clarke's proposal has received widespread support from constituents: One million people added their names to a SignOn.org petition supporting the measure. Last week, Clarke announced that he intends to take the six boxes of petitions to his fellow representatives.

"This is my proudest moment as a member of Congress," Clarke said, according to U.S. News & World Report. He added that the petitions "symbolize a national movement."

Robert Applebaum, who worked on the bill as a part-time legislative assistant to Clarke last year, created the petition. He told Washington Monthly that he became interested in the issue after the debate over the stimulus bill that took place on January 29, 2009.

"They were talking about trickle-down economics, corporate welfare and tax cuts," he said. "And here we are, nine days after the inauguration of the man ushered in on a platform of hope and change, and we're doing the same thing over and over again, so I got really mad."

Supporters of the bill present it as a way to ultimately help the economy. "If someone didn't have to pay these loans they could get a home, get married, start a business," Clarke explained to The Huffington Post. "One reason why the growth of jobs have been sluggish in our economy is that people are in debt."