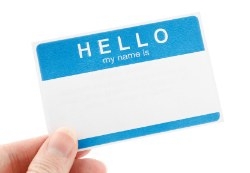 A new study may make parents think twice about what to name their future children: Researchers have found that people whose names are easy to pronounce have a clear advantage in the workplace.

The study, authored by researchers Simon Laham of the University of Melbourne, Adam Alter of the New York University Stern School of Business, and Peter Koval of the University of Leuven, Belgium, was published online in December in the Journal of Experimental Social Psychology. It included names from Anglo, Asian, Western and Eastern European backgrounds and found that people with easy-to-pronounce names were more likely to receive job promotions.

"Independently of all those other features of the name, the mere ease of pronunciation is enough to drive outcomes," Alter told AOL Jobs. "There's sort of a warm glow associated with things that are easy to process."

The researchers pointed out, however, that the name bias is related to pronunciation, rather than "unusualness." Alter noted that Barack Obama, for example, is certainly an unusual name, but is not difficult to say.

As reported by Medical News Today, Laham noted that the study is significant because it suggests that subtle discrimination exists in the workplace. "Such an appreciation may help us de-bias our thinking, leading to fairer, more objective treatment of others," he said.

Other studies, however, suggest that the name bias is not related to pronunciation but to ethnicity. As WTOP reported, a study by University of Toronto researchers Philip Oreopoulos and Diane Dechief found that people with English-sounding names who submitted job applications in Toronto were 47 percent more likely to receive callbacks than those with Indian- or Chinese-sounding names.

"What's in a Name? Perhaps a Promotion? Or Discrimination?" wtop.com, February 13, 2012, Alleson Knox