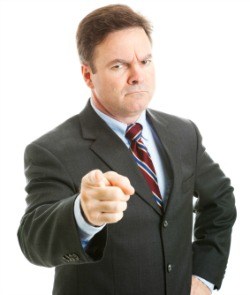 If you are a manager, chances are you are much happier than your direct reports. According to a recent Pew Research Center survey, American bosses are more satisfied not only with their jobs, but also their family life and overall financial situation than non-managerial employees.

Pew Research Center surveyed 2,002 adults and found that 69 percent of bosses, but just 48 percent of workers, were very satisfied with their jobs. Not surprisingly, bosses were also more likely than workers to say they were happy with their financial situation -- 40 percent versus 28 percent. The Wall Street Journal noted that managers receive bigger paychecks -- of those surveyed, more than half of bosses reported having household incomes of $75,000 or more, whereas a third of workers brought home that kind of money. When asked about life at home, 83 percent of bosses reported being very satisfied, while 74 percent of workers expressed the same level of satisfaction.

While reasons for the happiness gap were not discussed, the center did speculate that some of the difference could be attributed to age. On average, bosses were approximately eight years older than workers, which meant they are further along in their careers. Attitudes towards work could also be a factor. According to survey results, bosses are significantly more likely than workers to think of their current job as a career and less likely to see it as just a job to get them by. Additionally, managers seem to feel better prepared for the challenges they face -- bosses were more likely to say they have sufficient education and training to help them succeed (73 percent versus 57 percent).

For some, the results may have been somewhat surprisingly. As Inc. pointed out, most of us have come to believe that it is more stressful at the top. After all, that is usually why managers, executives and CEOs get paid more -- they deal with a lot more pressure and have more responsibilities. A 2012 Harvard study shows, however, that we have it all wrong. As Inc. reported, the study concluded that physical stress levels were less about the amount of responsibility someone has and more about control. The less control you have, the more stress you are likely to feel.

"Management definitely has some downsides, but managers often have a higher degree of control over their work, how they do it, and how many hours they put in," said Leigh Steere, co-founder of Managing People Better, LLC, to CityTownInfo. "Non-managerial workers may not have as much say over the goals and tasks they are assigned to work on. They also may feel the pressure to work longer and harder to preserve their jobs."

Isabel Wu, a management consultant and trainer at Meta Management, agreed and further explained, noting that managers typically have three things that help change their perceptions of work-related stress: autonomy, access and attention. As Wu pointed out, managers have the ability to control their work and also have greater access to an organization's resources, whereas workers may not know what resources exist or how to access them and if they do, they might not have authorization to use them. Lastly, Wu explained that managers get more exposure than workers.

Overall, it seems that managers get more out of their job than workers do, even on a personal level.

"Even if [managers] experience more stress, they tend to have a much clearer sense of how their work fits into the whole picture, which helps them see that what they are doing matters… I think that sense of mission gives managers an additional psychological boost over workers who are punching the clock, or who are only able to see their own small piece of the puzzle," said Aaron Basko, Assistant Vice President for Enrollment Management and Career Services at Salisbury University, who has also managed a staff of 25 for the last 12 years. "When you are doing something meaningful in your work, the benefit carries over into other areas of life as well."

Despite the many benefits, however, it seems like many of us still believe that it is too stressful at the top -- the survey found that slightly more respondents said they would not want to someday be a boss or top manager (43 percent to 39 percent).