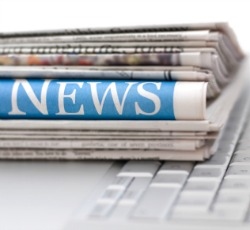 The Pew Research Center’s Project for Excellence in Journalism released its Annual Report on American Journalism, and the findings are alarming. According to the report, the quality and depth of news reports have diminished significantly, while reader and viewer numbers have declined. Social media, publicists, companies in non-journalistic industries, and independent bloggers have cut into the market as well, making readers even less likely to stick to their traditional news sources.

According to the Annual Report, American journalism is losing the ability to deliver the detailed, informative, and insightful content that its readers desire. For example, CNN, a news channel that was once known for its in-depth investigative pieces, halved its story packages between 2007 and 2012. The Huffington Post also noted the Pew Research Center’s finding that 40% of local news content in the nation is now comprised of weather, traffic, and sports reports, content that viewers can easily find elsewhere.

Publications such as Forbes magazine have even resorted to technologically written news pieces in order to save costs: the Annual Report noted that Forbes recently used an algorithm from the company Narrative Science to automatically create content, sans human reporting. In short, these developments “[add] up to a news industry that is more undermanned and unprepared to uncover stories, dig deep into emerging ones or to question information put into its hands,” the Report stated. And the public has taken notice. A full 31% of respondents to the Pew Research Center’s survey indicated that they have abandoned a traditional journalistic news source due to diminished quality in reporting. Furthermore, according to The Huffington Post, while 42 percent of adults younger than 30 considered themselves regular local news watchers in 2006, this number shrunk to 28 percent in 2012.

As traditional news sources have declined, other players are entering the field, such as companies in the health, education, and science industries, wrote the Pew Research Center. These companies are filling the gap in specialized reporting that journalism has not been able to fill in recent years. Examples of this new type of news source include Kaiser Health News by the Kaiser Family Foundation, and Insidescience.org, a website that receives funding from the American Institute of Physics and other science organizations. In fact, larger news corporations such as NBC News and The Washington Post regularly feature articles written by such third-party sources. Bloggers are also gaining traction as legitimate news sources, the Pew Research Center noted.

In order to adapt to this changing scene, traditional journalism companies are making partnerships with advertisers and publicists. For example, PBS.org noted that the publication Fortune launched a program linking its journalists with external marketers. Dubbed the Trusted Original Content (TOC) program, this initiative enables Fortune writers to create Fortune-branded content for advertisers to use in their marketing objectives. Additionally, fresh companies like Contently and NewsCred aim to help any organization or individual create and distribute quality content to the public, contributing to the democratization of news production.

It is this last point—the democratization of news creation and delivery—that keeps people like Matthew Yglesias of Slate optimistic about the future of American journalism. In contrast to the grim statistics of the Pew Research Center’s annual report, Yglesias argues, “American news media has never been in better shape,” citing the fact that competition among different news sources has lead to an abundance of information on the web, leaving the reader free to piece these various sources together to “add depth and context” to their understanding of current events. While Yglesias is correct in stating that Americans now have more resources and news information at their fingertips than ever before, the fact remains that traditional news publications are going to have to drastically adapt to the rapidly changing environment of web communications in order to survive.

“American Journalism Has Never Been Healthier Than It Is Today,” slate.com, March 19, 2013, Matthew Yglesias

“The State of the News Media 2013: An Annural Report on American Journalism,” stateofthemedia.org