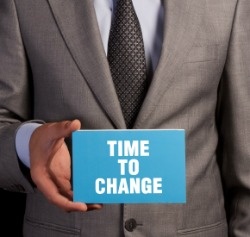 Making a career change can be a challenging -- not to mention, scary -- process, especially if you want to get into an industry that you do not know much about. One company aims to help career changers with the transition by allowing them to "test-drive" their dream job before jumping in headfirst.

According to The New York Times, many career changers have turned to PivotPlanet, a company started by Brian Kurth that offers career mentorship by pairing those looking to change careers with expert advisors within that field. PivotPlanet has mentors, some of whom are very well known, in more than 200 fields from acupuncture to DJing, writing, and TV hosting. Cost varies and you can meet with mentors via Skype, telephone or in-person.

The idea started back on 2001, when Kurth himself was on the verge of a career change. His company had downsized and he was left trying to figure out what he wanted to do with his life.

"I wanted to test my own waters, and I thought of being a doggy day-care owner," said Kurth to The New York Times.

Kurth shadowed a local doggy-day care owner for three days and soon realized the job was not for him.

"I didn't want to pick up poop all day long," he said.

From that experience, Kurth learned that there was value in being able to test-drive a job before actually doing it. It was that lesson that sparked the idea behind PivotPlanet.

Gerry Owen and his wife Melissa are examples of satisfied clients. Gerry, a pastor, and Melissa, a nurse, had an opportunity to buy their own coffee shop, but did not have a clue about how to actually run one. They found PivotPlanet online and signed up to shadow Duncan Goodall, owner of Koffee on Audubon, for two days. They told The New York Times that they had learned about everything from selecting espresso machines to little obscure things such saving significant money by using medium-grade garbage bags and not allowing baristas to drag bags when taking them out to the dumpster. With Goodall's advice and guidance in mind, the Owens opened their coffee shop in late July.

CNBC reported that Christopher George also made a successful career change from project manager at Bank One in Milwaukee to brewmaster at Riverside Brewery after JPMorgan Chase bought Bank One and his position was eliminated. Kurth told CNBC that George was the company's third client back in 2004.

"What I remember most about Chris is that -- he was very passionate about brewing," said Kurth in CNBC. "But he was also at the same time very nervous about the concept of actually making such a major career shift…"

Indeed, Brazen Life pointed out that sometimes your biggest obstacle is yourself. Doubt starts to creep in, you get discouraged or overwhelmed and all the negative thoughts cause you stop taking action towards your goals.

Both the Owens and Christopher George are examples of how positivity and patience can pay off. Kurth did note, however, that not all transitions go as smoothly. Many change their minds, the same way Kurth did.

"A solid 50 percent walk away saying, 'Whoa, that is not what I wanted -- and I'm so glad that I did this, because it just saved me a lot of time and money by discovering this is not actually what I want to do with the rest of my life," explained Kurth in CNBC.

Either way, the mentorship that PivotPlanet provides may prove quite valuable for people exploring potential career paths.

"Ditch your job and brew some beer. This guy did," cnbc.com, August 16, 2013, Mary Hanan and Joanna Weinstein